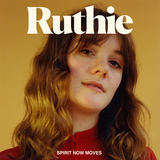 "‘Spirit Now Moves’ may only be her second track, but it’s a strong one” - DIY

“[‘What Kind of Woman] is a beaut intro to the 23-year-old songwriter and an intriguing glimpse at the rest of the exciting journey she’s about to take us on.” - Wonderland

“Reminds me of Angel Olsen… very hyped about it” – Matt Wilkinson, Beats1

“An artist I’m very excited about…look out for her” – Linda Marigliano, Triple J


The 23-year-old songwriter and musician Ruthie made a big impression with her debut track ‘What Kind Of Woman’. Premiered by Wonderland, the single earned radio play from Matt Wilkinson at Beats 1, Charlie Ashcroft at Amazing Radio, Shell Zenner at BBC 6 Radio, as well as BBC Introducing, and even hit Australia’s airwaves with daytime support at triple j and Double J.

“When I wrote 'Spirit Now Moves' I was thinking about the way that large parts of land are cleared,” explains Ruthie. “Existing roots are ripped out and burned before new life can grow and be planted. At the time I felt like I was losing so much of what I relied on, but at the same time I knew that something new was stirring and preparing to grow.”

‘Spirit Now Moves’ and ‘What Kind Of Woman’ both reflect upon a year that Ruthie spent studying in Berlin. After she returned home to Leeds and her relationship broke down, she reconnected with her former band mate Ben Lewis. She crafted a songbook which focused on navigating the challenges of heartbreak. ‘Spirit Now Moves’ looks at moving on from that situation. As its opening lyrics defiantly declare, “The weakness inside of me I’ve had since I was young / It will make me strong.”

Ruthie possesses unmistakable talent for articulating the most intimate and personal of thoughts. With music that’s contemporary but imbued in tradition, her cathartic journey will surely connect with countless people who have shared similar experiences.