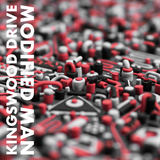 By surrounding themselves in tapes, synths, microphones and reverb boxes, they’ve sought not to wallow in nostalgia, but to grab some physical, real energy from solid objects, each with their own personalities, making a declaration about the future. One of physical expression in a digital era. The first EP from Albert’s Favourites co-founders and synth-production duo Modified Man focused on throwing out heavy editing, recording music with as few processes as possible and grabbing performances as single takes. Blending warped cassette recordings that touched upon early jazz-funk/brit-funk influences with the energy of broken beat and experimental electronica, won them support from Patrick Forge, Osunlade, Thris Tian, Yam Who? and Titeknots to name a few. Since that release they premiered new track Thorns live on Boiler Room, going on to deliver a full, three-hour live performance and DJ set for the infamous global community. They also provided remixes for Dele Sosimi, Amp Fiddler, Makadem & Behr and Hector Plimmer, meanwhile, busily preparing a series of four, six-track vinyl EPs which will be released over the next 18 months. Kingswood Drive and Accidental Return are an early teaser of the next set, due in April. Displaying their signature analogue sounds and arpeggios, alongside broken beats and soul, you wouldn’t be alone in hearing the influences of Dam Funk, Herbie Hancock or Bugz In The Attic coming through on this release.