TUNE The Altered Hours - Over The Void 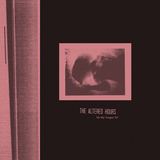 Irish band The Altered Hours have announced details of a new EP 'On My Tongue', set for release 09 March 2018 on Art for Blind/Penske Recordings.

Following the release of first single 'Open Wide' last year, the band have now shared the second track taken from their upcoming EP. 'Over The Void' is a flash of urgency spun with wiry guitars and shotgun drum rolls. Trashy and fast paced with a sweet submerged melody that builds with proximity and zeal with repeated questioning 'What did you say to me?'.

Frustration palpable in the face of mystery. A conversation started but not continued. The blind faith of the pilgrim who keeps seeking but does not know why, convinced nonetheless and set alight by the unknowable.

After a year’s worth of touring in support of their debut album 'In Heat Not Sorry', the band headed for Dublin’s Bow Lane Studios, where over the course of three days they produced a fast-paced and grittier recording to their debut. Clocking in at just 15 minutes, On My Tongue is a window into the rock and roll heart of the group; a side they plan on delving into even deeper with their second album.

The band have also announced a string of dates in Europe and the UK starting in March, with more to be added soon.

On My Tongue EP is released on 09 March 2018 via Art For Blind Records & Penske Recordings on 12" vinyl and digital.