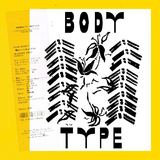 Sydney band Body Type today share their self-titled debut EP out via Inertia Music and Partisan Records. In celebration of the release, the band have also shared an accompanying video for newly recorded studio version of ‘Ludlow (Do You Believe In Karma?)’, chronicling the band over the past two years spliced up with some old iPhone footage from early rehearsals through to their incredible show with Unknown Mortal Orchestra last month. “Do you believe in karma? Do ya? Do ya?” The first words we heard from Body Type were accusatory, playful, coy. They dared you to look them in the eye. To pay attention. Tracks ‘Teeth’ and ‘Dry Grass’ round out the 6-track self-titled debut EP - produced by Konstantin Kersting at Airlock Studios in Brisbane - toeing the line between unadulterated dream pop and rumbling raw instrumentation, cementing Body Type’s distinctive take on Australian lo-fi garage music. A vehicle to learn more about music and each other, Body Type has developed into a “fierce ensemble of women who are writing, living and learning how to create together”, shares bassist and vocalist, Georgia Wilkinson-Derums. Drummer Cecil Coleman adds, “It’s the midnight drive home after Tuesday rehearsal, the multiple parking fines, the post-gig sleep deprived commute to work, the Newtown home we once shared together...ultimately it’s this gutsy/vulnerable/emotional sonic combo platter of four female friends who found each other in this weird and crazy city." Following a national run of sold out Rolling Blackouts Coastal Fever shows that wrapped up last week and the recently announced spot on the 2019 round of artists at SXSW, Body Type head along their own debut headline tour this November and December. The band will stop off in Fremantle, Adelaide, Melbourne and Sydney, alongside festival plays at FBi Turns 15, End Of The Line, Fairgrounds, Gizzfest and Festival Of The Sun, to see out the year as one of Australia's most promising young bands.