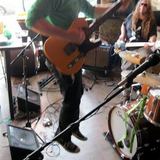 "Just as Buddy lives on in his music and the lives he touched and continues to touch, that spirit fills Bruce Smith's song "'59 Stratocaster", a poignant tribute to Buddy's beautiful spirit and promise."
Maria Elena Holly, widow of Rock and Roll Hall of Fame Original Member Buddy Holly, and founder of The Buddy Holly Educational Foundation

February 3 is the international release of "'59 Stratocaster". It’s an upbeat, modern tribute to Buddy Holly, penned in the same spirit and under the same Texas sunshine where Holly wrote many of his hits.

Bruce Smith has been touted by Austin’s top talent booker as “the fastest rising star in Austin since Los Lonely Boys”.

February 3 marks the anniversary of the tragic plane crash that took Holly's life, along with those of Ritchie Valens, The Big Bopper, and pilot Roger Peterson. As Holly stepped on that plane, his beloved guitar, a 1959 three-tone Sunburst Stratocaster, was tucked securely in the storage area underneath his tour bus. Holly and the Stratocaster would be forever separated by a blinding snowstorm that took down the single engine Beechcraft Bonanza. Yet 2017 will be “The Year of Buddy Holly". The world will celebrate Holly's 80th birthday by throwing parties throughout the year, including a special one planned in London with superstar Ambassadors from The Buddy Holly Educational Foundation (www.tbhef.org). Everyone will also see a new documentary featuring some of the biggest names in the music business describing Holly's enduring influence on music and it will feature Bruce Smith’s “59 Stratocaster”. "'59 Strat" will also be feaured in a new romantic comedy inspired by Holly. Meanwhile, musicians from around the world will gather in a Texas production studio to sing about the man who made classic feel nouveau.

Bruce Smith’s performances have been touted by The Washington Post as “powerful folk songs with a conscience,” and praised by Performing Songwriter Magazine. The first single off 'Til The Wheels Fall Off, Smith's highly anticipated fifth album, is “‘59 Stratocaster.”

Says Grammy winning producer of "'59 Stratocaster", Randy Caballero, "The magic in the studio was both the chemistry of brothers at work as well as the love of a fallen fellow musician. The simple message of '59 Strat is to honor the memory and legend of Buddy Holly and his guitar."

Walking through the Buddy Holly Museum in Lubbock, Texas, Holly’s hometown, Bruce Smith was motivated to write "'59 Stratocaster". "My wife and I were walking around, just in awe. I mean, these are the relics of a guy who, even though he lived such a short life, was widely considered the single most creative force in early Rock & Roll, the first rocker to write, arrange, sing, play and perform his own songs. I was thinking about all this and then we walked up to the '59 Stratocaster in its central display, and I thought to myself how crazy it was that Holly and that guitar that changed the world were separated forever. The Strat was on that bus, going to the next gig to play with Buddy Holly. But Buddy never showed up. As a musician, that really struck me. The finality and the tragedy hurt me." Bruce Smith went home and did some research. He knew that Holly had played the Winter Dance Party in Clear Lake, Iowa the night before the crash. As Buddy Holly and The Crickets sang their last song and began to exit the stage, the crowd became raucous, begging for an encore. Holly and The Crickets again took the stage, feeding the audience with their version of Chuck Berry's "Brown Eyed Handsome Man”. Holly loved the way Berry had combined gospel piano and aggressive guitar picking to produce a hit that would take Rock & Roll in a new direction, and Holly ended most shows with Berry’s song.

As Bruce Smith learned this, his heart was heavy. Holly and the '59 Strat would never perform together again. From this heartache, Bruce Smith wrote the poignant tribute to Buddy Holly and his guitar, and "'59 Stratocaster" was born.

Well he laid her down, put her in her place
In that old Leo Fender custom case
Sweat fresh on her from his boyish face
Maybe he said goodnight, when off he raced
Safe and sound, tucked in the hold
Ready to ramble down that open road
Warmed from the bitter winter cold
From the young man's hands and the stories that his fingers told

Chorus:
Well the wheels on the bus go faster, faster
Through cold cornfields and frozen pasture
Rollin' all along just to meet the master
That old three-tone Sunburst Stratocaster

The boys came out
Rocked that night
Playin' it pretty, playin' it tight
From Ravin' On to Well Alright
Crickets clickin', stickin', pickin'
Man, out of sight

She brought it all home in the final jam
La Bamba, Balls of Fire, Brown Eyed Handsome Man
Kids kickin' up that Surf Ballroom sand
She was smilin' gently to that heavenly band

The chords ring out for all time
From that frigid February back in '59
She would never let him go, never even let him try
But nothin' could keep that boy from tryin' to fly

Now for all time, she is cast
Sittin' alone in that case of glass
Like the sword in the stone from days gone past
Waitin' for her young prince to return at last