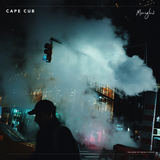 Hailing from the picturesque shores of the North East coast, Cape Cub started life as the bedroom solo project of award-winning UK based songwriter and producer Chad Male. Now joined by four bandmates, Cape Cub release their first full band single ‘Moonglow’ on Friday 13th July 2018.
‘This was never meant to be one person’ explained Chad. ‘The whole thing started out as a project on my laptop. It’s now got to a crazy point where millions have people have listened to my demos and EPs across the world and the live show has grown into something I just couldn’t have imagined back when it first started. Our fans are literally the sweetest people, there’s a lot of them kicking about these days, and it’s because of them that this project has transformed into what it is. Like I said, this was never meant to be, or be about, one person.
‘What’s cool about our band is that we’re all really, really good friends. Some of us have been writing and playing music together since were thirteen years old and it’s a bond that goes way beyond Cape Cub. It feels that we’re really ready to take this thing on full speed now.
‘One thing that unites us all is a love for wilderness and the outdoors. It’s a common thread throughout the music. Those vast spaces that surround us at home, whether that be the coastline or the moorland, converge with the music in ways I couldn’t begin to describe. It’s important that our music is rooted in something that feels like home, and I hope that’s what people connect to; that the music is there when nothing else is.
‘Musically, and I swear this is without immodesty, we take our cues from the arenas. We’re unashamed of saying some of our biggest influences are the ones we grew up listening to like The Killers, U2, Springsteen, The Eagles, Kate Bush, Death Cab For Cutie and The Cure. Those are the acts that aren’t scared of having that fire in their hearts. We’re equally informed by the intimate, hauntingly beautiful melodies and prose of the likes of Joni Mitchell and even Bon Iver, too.
‘But you know, we’re also unashamed of saying that, when it comes to songwriting and production, we’re as into pop and new music as the next person. We love huge choruses, sweet synth lines, electronic production and hooks that could catch a thief in a bank robbery.
So yeah, that’s what Cape Cub is made up of. Our people, our fans, our home, and a world of influences that far exceeds the reaches of the North East coast of the UK.’