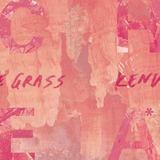 Artist: Cheatahs Title: Cut The Grass / Kenworth Label: Wichita Release Date: 14th October 2013 So far this year, London-based Cheatahs have crammed in SXSW, Primavera, a six-week US tour with Wavves and Fidlar, festivals, and support slots with iconic bands such as Dinosaur Jr. Somehow in between all this, the group also managed to write and record their debut album, slated for release in early 2014. Taken from the forthcoming LP, “Cut the Grass”/“Kenworth” sees the band harness their powerful live shows and transcend their first few underground releases with a matured ease. In creating the album, Cheatahs, comprising Nathan Hewitt (vocals, guitar), James Wignall (guitar, vocals), Dean Reid (bass, vocals) and Marc Raue (drums), headed first to the country, spending a week in an isolated, old stone-floored cottage in Cornwall, before coming back to complete the album at Dropout studios in Camberwell, home of friends Part Chimp, and Dean’s studio in Hackney. As with their previous work, all tracks were recorded and mixed by Dean and produced by the band. Defined by potently raw guitars, ambient noise and soaring melodies, “Cut the Grass” and “Kenworth” are a serious sign of the strength and depth of next year’s full length.