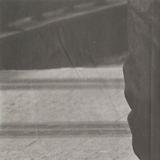 ‘Closure’ is the debut single from Fehlt, a new project from art student Ewan Barr. The influence of art + aesthetic is clear on the track with it’s cinematic amalgamation of discordant melodies, intricate guitars and noisy passages - blending post-punk, art rock and slowcore into one lush coherent sonic landscape.

Speaking of the track, Ewan explained “Most of my tracks begin as guitar loops, hence the clockwise-esque nature of the tracks, these are developed with further instrumentation including violin which i was eager to incorporate. I took the word ‘Closure’ literally and worked with ephemera, instructional style artwork using imagery from Polaroid Manuals. The cover image is a distorted crop from a black & white photo, the bleakness and composition of the shot were used to juxtapose the sanguine instrumentation of the tracks.”

There was an element of collaboration to the track with the lyrical composition assisted by girlfriend Sophie Walker. Ewan explains “Often I will collaborate with friends who take an interest in poetry as it’s nice to see how they interpret the song titles. Lyrically this release came out of a time of common early 20’s existentialism, a time of huge self doubt and questioning in many aspects of our lives, many of which were coming to a close. There is a stripped back approach to the instrumentation with very few guitar effects pedals are present on the track.”

As with the care and attention afforded the composition and artwork, the name of the band was also carefully considered by Ewan “I was experimenting with titles I had written down for potential track titles, one being Fehlt. It's the German translation of ‘Is Missing’. It just stuck out at me as a name that would sit coherently with the sonics and artwork for the band.”

After moving to Leeds from the North East of England to Study at Leeds College of Art, Ewan began the process of recruiting band members to bring his vision to life. He is now joined by guitarist Will Shuttleworth, bassist Adam Rundle and drummer Ben Udin. The track was recorded in Salford with Sam Kennedy (Ronald Raygun) in a bitterly cold January this year. Drums were played by Sam Kennedy with violin from Mark Rochman (Pepe Sylvia, Colour of Spring).

Fehlt’s ‘Closure’ is released as a 30 minute cassette tape with artwork created by Ewan from the band. There are only 25 copies available. It is available from November 12th via Clue Records (YOWL, Crushed Beaks, Avalanche Party, Team Picture, PLAZA, Van Houten). The cassette tape will also contain a cover of Sebadoh’s ‘Spoiled’, due for release in 2020.