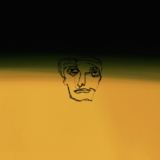 It’s easy for bands to write obliquely, wavering around heavy points reticent to tackle them head on – which is more than understandable, as so much artistic inspiration comes from a deeply personal well. This time around however, explosive Hartlepool post-indie quartet PLAZA refuse to compromise in expressing their truth. With an upcoming sophomore EP, ‘Wernotplaza II’ EP dropping via Clue Records (Crushed Beaks, YOWL, Van Houten, Avalanche Party, TRASH), preceded by lead single ‘BOLOSTITCHER’, vocalist Brad Lennard opens up:
“The past year has been a struggle for me, I’ve had some of the best times and the worst times, these songs where written throughout this. They are probably the most true songs we’ve written as a group. Lyrically they’re straight to the point. In the past I’ve always been wore subliminal with my words, this EP is different. It’s about loss, feeling like everything in your life isn’t going to work out and feeling like you have no one to turn to.”

Whilst this sounds disconsolate in sentiment, in listening to the tracks you can hear the release and catharsis it offers, generating an emotive layer to the spacious grunge-meets-dream-pop style the four-piece have carefully cultivated over the last few years. Icy guitars and a sprinkling of electronics, driven forward by a skittish beat, provide the layer for Lennard’s confessionary vocals, before an iconic, fierce riff closes the show.

To bring this sound to life, they worked with rising producer Alex Greaves at The Nave studio in Leeds, who is also responsible for buzzy tunes from Working Men’s Club and Heavy Lungs having previously worked with Working Mens Club, Bo Ningen, Bloc Party and The Orielles.

‘BOLOSTITCHER’ the new single from PLAZA is out via Clue Records on September 19th.