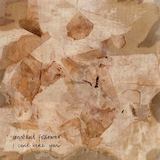 Following on from their last stunning single Set Aside Some Time, Constant Follower will be releasing a two-track single next month. Another stand out release, I Can’t Wake You and Altona are two spine-tinglingly poignant tracks that affirm the band who Folk Radio described as, “instantly compelling, memorable and moving,” as purveyors of sounds that are simple, yet beautiful. Refreshingly honest and unlike any other band around at the moment, Constant Follower are ones to watch.

The double-sided single preludes Constant Follower’s debut album ‘Neither is, nor ever was…” which is being released in March 2021 on Shimmy Disc / Joyful Noise Recordings - the label behind countless seminal records from the likes of Sufjan Stevens, Deerhoof, Dinosaur Jr, Kishi Bashi, and Yo La Tengo - and is being produced by the internationally renowned, Kramer. The New York-based musician, composer and founder of the pioneering Shimmy Disc label moulded some of the most influential albums of the last two decades with artists such as Galaxie 500, Low and Daniel Johnston; with his most recent project ‘Let It Come Down’ entering the Billboard top 40.

“Moments last forever, but you’ll sleep through it now,” McAll’s voice carries the wistfully bittersweet lyrics with a unifying sense of sincerity in I Can’t Wake You. The track is underpinned by the sentiment that, not only do things stay with you forever, but more significantly that in a moment of grief or great pain that time seems to stop.

The second track is more instrumental, floating over haunting strings and finger-picked guitar. Inspired by the area of Hamburg where McAll’s partner and bandmate Kathleen grew up, Altona means “all too near” in German. “It’s okay,” he says throughout the track, “It’s okay...”

Pain-stricken yet fervently hopeful, Constant Follower’s sound is a product of the trauma of frontman Stephen McAll’s past. As a teenager, McAll woke in hospital to find he had survived an attack by a gang that had left him with a catastrophic head injury and every childhood memory stolen from him. The next decade was spent in a cabin on the West Coast where Hebridean air was whipped in with the time to reflect, eventually allowing him to begin songwriting again. Originally recorded as raw ideas on cassette tapes, the songs are built of thoughts and feelings forged in fleeting moments.

The result is a childhood imagined against a backdrop that, like the sea, is as serene as it
is wild; ever-changing, yet resolute. Constant Follower have unbridled gift for tapping into
the thoughts and feelings that permeate the human experience, no matter what walk of life
this takes.

The release has accompanying videos by Swedish artist Nathalia van de Kerst. While helping a friend clear the basement of an old house, Nathalia discovered a box of antique glass negatives that had been hidden away since the earliest days of photography. Likely to have belonged to the previous owner’s grandparents, they depict a past life in Sweden. In the video for ‘I Can’t Wake You’, Nathalia sets these ancient stills against our modern experience of daily life with shots of McAll during a recent visit to Stirling. The video is ethereal and fleeting, yet, like the track itself, stays with you long after watching.

Nathalia describes the dream-like videos as a reflection on “what this universe is about.” She said: “We see just fragments. How we put them together and what they become depends on our own setting and what those fragments mean to us.”