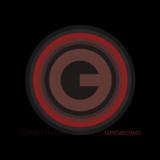 For anyone with even a passing interest in the music for thought and great tunes, this new sound will be worth paying attention to, as it’s set to shake things up.

Kimbalish Heroel, the band’s writer and producer, recorded most of Uróboro during the 2020’s COVID19 quarantine in his home-studio in Tijuana, Baja California. Heroel worked with trumpeter Adán Sandoval and trombonist Víctor Skate!* on one track, finishing the rest by himself.

Uróboro is composed of 10 songs and spans over optimistic tunes like “Volver a empezar”, elegant and introspective as “Sobre el apego”, a soulful ballad with a driving slow tempo, and psychedelic instrumentals such as “Sobre la duda” and “Suspensión”.

A brooding and sophisticated style is present throughout, with a refined worldview, “Truly, I didn’t expect the whole album to turn so well, especially having in mind that few ideas started 5 years ago, when I decided on pursuing this project, but had been postponed over time. Most of the songs were inspired in late 2019-early 2020, by some great events in my life, and wanted to portray ‘Thoughts as illustrations in sound’ with them. That’s what this record is”.

And while each song varies in tone, they all are originals and circle back, as its name suggests, to one universal theme. “Uróboro is a perspective on having a journey and some of its probable steps to clarify it and thus knowing oneself more”, says Heroel. The new record includes “La expectativa”, a neo soul influenced/but not sounding as song that deals with the overwhelming idea of fulfilling expectations, and “Enlazando”, a take on the task of managing our objectives.

As many others, once Kimbalish Heroel decided he wanted to make music and he’s collaborated with some bands in his city. While he’s very much inclined to progressive and alternative rock, Constantino Ernesto’s style meets at a juncture of many diverse influences driving the work to something that is indescribably different.