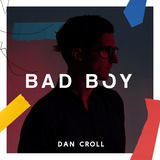 After being one of the stand out performers at The Great Escape and playing some brilliant shows on his spring UK tour, Dan Croll returns with his brilliant new single ‘Bad Boy’ impacting July 21st on Communion Records.

‘Bad Boy’ is written by Dan and produced by Ben Allen (Animal Collective, Cee Lo Green), and like the rest of ‘Emerging Adulthood’ sees Dan playing all the instruments.

The track is an understated pop gem featuring an irresistible hook and a killer chorus that you will be singing for days.
New Album ‘Emerging Adulthood’ Out July 21st

Away from the music Dan has had a very successful stint as an agony uncle for ‘Dial Dan’. Initially launched as a fun way for Dan to connect directly with his fans and offer them a way to get “Away from Today”, the hotline is opening again asking “Been bad? Bad Boy in your life? Just wanna chat?” Phone line open between June 8th and 15th. Re-live some of the best bits here.

‘Emerging Adulthood’ is a sumptuous, shape-shifting, surprise-packed pop triumph that keeps the listener gripped throughout the ride. The album features the glorious indie pop of ’One Of Us’, the afro beat of ‘Away From Today’ and the irresistibly catchy ‘Swim’ (which features Rebecca Hawley from Stealing Sheep).

Since the release in early 2014 of his critically-lauded debut album, ‘Sweet Disarray’, the range of bands who have sought out Dan as a support act - from Imagine Dragons, Bastille and Bombay Bicycle Club to Haim, London Grammar and Chvrches – attests to the ambitious scope of his songs. Dan will play festivals this summer including Citadel and Latitude.