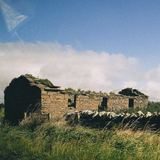 ‘Peedie Breeks’ is taken from Erland Cooper's album 'Hether Blether', the third and final album in a triptych shaped by the Orkney islands where he grew up, set for release 29th May 2020 via Phases.

Named after the local dialect for “short trousers”, meaning children, the song is about the need to preserve our coastlines for future generations, with the hope that children will continue to spot birds there with their parents as Cooper once did. As the song comes to a close, violinists pluck their strings with bird’s feathers underlining where Cooper’s journey into his homelands began, with his debut album, 'Solan Goose'.
Cooper explains, “This song is about noticing, preserving and taking value in some things perhaps we take for granted. It’s about our relationship with the outside world but also the magic of the everyday for us, the generation after us and the generation after them".

Hailing from the archipelago of Orkney in Scotland, the contemporary composer and multi-instrumentalist has so far explored the birdlife (2018’s 'Solan Goose'), the sea (2019’s 'Sule Skerry') and, on 'Hether Blether', he turns his attention to the land and its people. Named after a hidden island in folklore, said to rise green and fertile from time to time from the foam. Inspired, in essence, by Orcadian poet George Mackay Brown, filmmaker Margaret Tait and composer Peter Maxwell Davies before him, this final album is a celebration of the Islands’ memory held in timeless landscape, community, myth and mythology. The album looks to the past through the stories of the island and to the present and future through its people.

'Hether Blether' weaves elements of the first two albums in the trilogy, bringing them together in a full circle around the cycles of the changing seasons. Throughout the triptych, Cooper explores a restorative path in the rhythm and poetry of the every day, deep within a land and community at the edge of the world. On 'Hether Blether', as on the albums before, song titles are taken from local dialect and nod to the places and stories of the island (‘Noup Head’, ‘Rousay’, ‘Longhope’) as well as the people themselves (‘Peedie Breeks’).

This may be the last in the series, but Cooper hasn’t left the Orkneys behind him just yet. “It’s still with me,” he says. “I’m only just coming to terms with where it’s taken me – from a place of necessary escape, to a very different world.”