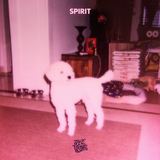 Robert Hunter (drums, production) met Sam Lewis (vocals, production) while playing as gigging musicians in Rozi Plain and Francois and the Atlas Mountains’ bands. They went on to release two EPs in two years as Tree Trunks: ‘Big Rush’ (2017) on Nightwave’s Heka Trax label and ‘For Real’ (2018) on James Alexander Bright’s Phone Home imprint. Joined by Akiine on vocals, two further singles – ‘Touch’ and ‘Girl’, both which feature on the album – were released during 2019. Their songs have been played on BBC Radio 1 and 6 Music, as well as on Amazing Radio and Sydney’s Triple J.

‘Spirit’ was recorded in bedrooms across south London, after Rob and Sam taught themselves how to produce, record, and mix their own music. Sam explains: “Rob and I were tired of paying for practice spaces and expensive studios, and wanted to try to do everything ourselves. We’re proud of our DIY spirit: we recorded, mixed, and released the album ourselves, also designing the artwork. We wanted the album to feel both in tune with the history of the music we love and totally contemporary – exploring what it feels like to be a person in London right now.

I’m half-Chilean, so some lyrics are in Spanish, and we were really pleased Akiine could be involved as a singer and songwriter too. Me and Rob are disciples of pop, so we also wanted it to be an upbeat record you can bump in the car or on the way to work. Lyrically, a lot of it deals with love and domesticity. I got married in 2018 so I think a lot of that was going through my mind as we were writing these songs. I also wanted to address my own issues with mental wellbeing, and work through to a place where I felt at home with my emotions and identity.”

For Tree Trunks, making music in 2020 is all about blending boundaries - using technology to connect and explore new horizons, both musical and personal. It’s a dedication to collaboration and community that has also seen them co-found their own acclaimed LGBT+ dance party Pumping Velvet, which has featured guest DJ sets from artists from Hessle Audio and Rye Wax.

‘Spirit’ is an album that pays homage to the giants of pop past, whilst always staying rooted in the present. It leads the listener on a night ride through the streets of London, where the radio plays a mix of pop both analog and autotune – but the lovers in the backseat are too engrossed in each other to care anyway.