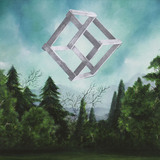 In all the good horror movies there is a little twist at the end, a surprise that, when done with adequate creativity and elegance, can leave us frozen in our seats, with a twisted gesture and sunken eyes, amazed, unable to react. We can say that something similar happens with LA BIEN QUERIDA’s final touch to the release of the three limited-edition Maxi-Singles, “Premeditación”, “Nocturnidad” and “Alevosía”. The CD includes the songs from the three maxis and also reveals a cover that is the last piece to complete the fresco created to adorn these releases, and that shows us one of those geometric pieces of impossible perspectives. The final trick, the last move, the cherry on top of the indescribably-flavored sundae. Having seen the songs that were separated onto the different vinyls like an ensemble, here we have a marvelous collection. The hit “Poderes Extraños” which opens the album with a powerful chorus and makes itself the king of paranormal territory for a metamusical discourse, and at the same time is tremendously suggestive and fun. The gritty textures of “El Origen Del Mundo”, one of the songs that best foreshadows the already well-known obsession of Ana Fernández-Villaverde with love and its fatality. This release, apart from being a huge help to all those who don’t have a record player, also helps achieve a a more sober and compact vision of a stage in LA BIEN QUERIDA’s career that is without a doubt going to leave a mark. The emotional abrasion of “Alta Tensión” and that “Ya no te quiero” leave us literally desolate. This is what terror is. The blender of influences that fits into “Disimulando”, with the support of Joe Crepúsculo and the ability of David and Ana to make room for all kinds of sounds. The strength of a great song like “Ojalá Estuvieras Muerto” that opens the door to the debate between life and death of “Encadenados”, where a light halo of pop spirit gives us a second to catch our breath. “Carretera Secundaria” could be part of the soundtrack of a David Lynch movie, while that mix of melancholy, evocation, and tension of “Crepúsculo” would win itself a well-deserved spot in “Drive”. The music, always the music: deep down all this mystery was about this, like that pop marvel “Música Contemporánea”, another of the (many) big singles the album has (oh, does this album have big singles!). The spiraling journey of “Vueltas”, hypnotic, psychedelic, playful, and at the same time disturbing. “Geometría Existencial” brings the level of tension up even more. And then we get to the end, represented by “Muero De Amor”, a wonder of lyricism and emotion, precious and magical. There are no answers to look for. Our own feelings are there, and they are the answers that draw our questions. Seen like this, everything that has ultimately given shape to “Premeditación, Nocturnidad y Alevosía”, LA BIEN QUERIDA’s fourth album, seems like a big game, a twisted plot that was perfectly planned right from the start. And maybe it was. The big question about the future is probably the most latent of all after the many we have asked ourselves throughout this journey, heralded by three sixes (the sixth of October, of January, and of March).