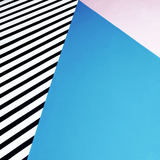 Releasing an advance of LA BIEN QUERIDA’s new album, apart from being big news, is a huge challenge. And especially for this album, where one song can’t possibly give a good idea of the variety included on the album. So we chose two… And it isn’t nearly enough: “Fuego” (the new album by LA BIEN QUERIDA) is full of great songs marking special moments in a high point of the group’s trajectory. They are at their best. Ana explains it so well: “The melancholy that seeps out of my songs always includes a positive side that has allowed me to rely heavily on life, and this album more than ever shows that positive side. This album talks about the desire that defends life, pleasure self-fulfillment, freedom. The process of living through our desires, which are not dark or confusing but light and clear.” “Fuego” is another self-reconfiguration that lets us rediscover LA BIEN QUERIDA. Musically, there is a bit of everything we already know but transgressed: the purity and insolence of “Romancero”, the Latin and tropical fusion of “Fiesta”, the electronic force of “Ceremonia” and the mournful darkness of “Premeditación, Nocturnidad Y Alevosía”. But let’s talk about the two songs of this first single. “7 Días Juntos” tells the story of a brief, burning love that is star-crossed and pleasant, between cumbia and dub, to the beat of the synthesizer and the neon lights of a Chinese restaurant (like those that appear in Juanma Carrillo’s video, who, just as on the previous album, knew how to enrich LA BIEN QUERIDA’s songs with images, creating videos that have their own identity). Echoes of STROMAE and Hot Latin Dub, with a superb ending: Joan Miquel Oliver singing the translated verses of his song “Dins Un Avió De Paper”, which feels like it was made just for this. Call it magic. Or genius. But it is the direct result of a spot-on production thanks to the crazy ideas running around David’s head. “Dinamita” offers another side of a multi-sided coin. Melancholy, elegance, something of the crooner spirit of Scott Walker and Dusty Springfield, sobriety and lyricism thanks to Jordi Montero’s strings and Laura Antolín’s (DOBLE PLETINA) bass. Emotions run high. But there is still so much to discover – a duet with J from LOS PLANETAS in a rumba key, the connections with Lucio Battisti, OMD and Lana del Rey, Ana’s universe majestically captured on the album cover… We will discover, and enjoy, all these things, little by little, until October 6th, the official release date for “Fuego”, an album that is a crucial treaty of guilty desires, irrational passions, all those things that slip between the cracks of social mores, but that are full of life and freedom. We are once again at Ana Fernández-Villaverde’s and David Rodríguez’s feet.