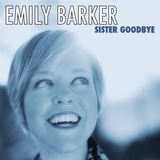 I read a book recently about one of the greatest guitarists that ever lived. The rock ’n’ roll boys of the 50s, Elvis, Jerry Lee Lewis, and countless other singers, songwriters and musicians, cite her as being one of their heroes; many call her the Godmother mother of rock ‘n’ roll. Being African-American in a segregated country, being a woman in a man-dominated industry, being one of the first to bring gospel music to the nightclubs, and having both men and women as lovers, achieving recognition was never going to be easy. She was a trailblazer, a barrier-breaker, an innovator and an inspiration. Yet despite what she contributed to contemporary music, she wound up being buried in an unmarked grave in Philadelphia, and over the years slowly forgotten – history was not accustomed to keeping alive the memory of those from the marginalised groups of society, regardless of their genius.

Her name was Sister Rosetta Tharpe.

‘Sister Goodbye’, is a song I wrote from the point of view of one of Rosetta’s best friends, Marie Knight. The two of them would take off in a big, fancy car, set up their own stage equipment, do each other’s hair and makeup, and then put on a blinding show. Sister Rosetta on the guitar, Marie Knight on the piano, their two voices interweaving in the most fluid and playful way.

According to the incredibe biography, Shout, Sister, Shout! The Untold Story of Rock ‘n’ Roll Trailblazer Sister Rosetta Tharpe by Gayle F. Wald, it was Marie Knight who prepared Rosetta’s hair and make-up, for the final time, before she was buried. The thought of Marie saying goodbye to her friend for the last time was the inspiration for me to write ‘Sister Goodbye’.