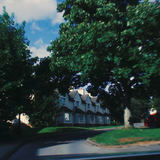 FALSE ADVERTISING typify what has always been so vital about raw, energetic live music. Drawing on the visceral power of alternative guitar bands from the early 90s and fusing it with mid-2000s post-rock. They conclude their Brainless EP with Sigh - a bitter-sweet song that lyrically embodies a difficult period for the band, telling of singer Jen Hingley’s struggle with family tragedy, and sense of normality being ripped apart.

Sigh follows a string of successes, coming hot on the heels of a busy summer playing a number of big festival slots, such as Kendal Calling and Liverpool Sound City. With tracks from the Brainless EP seeing support from Steve Lamacq, Tom Robinson (BBC 6 Music / Introducing), John Kennedy (Radio X), and Shell Zenner (Amazing Radio). Their last single Give It Your Worst / Scars was recently released on vinyl via the legendary Too Pure Singles Club label (Hookworms, Pulled Apart by Horses). Which isn’t bad, considering Jen, Chris and Josh have to date self-produced all of their music in garages and living rooms.

Their trajectory shows no signs of slowing as anticipation for new material grows, with the band already booked for SXSW and European dates in March 2017. They are currently working between Low Four Studio in their home town of Manchester and their own DIY studio to finish their follow up.

Remaining in full control of their production, music videos and artwork. FALSE ADVERTISING draw on years of experience grafting behind the scenes, with Jen working as a designer (Royal Blood, The Charlatans, Franz Ferdinand) and video editor (Bloc Party) and Chris as a producer (The Orielles). Together they operate as a DIY machine, their self-styled approach gaining them a reputation as one of the most hard-working bands in the business.

Catch them this Winter on their ‘Sigh’ UK tour.