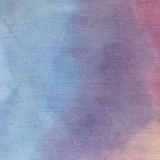 "It’s a song about impending weather, like when you can see for miles and it’s just rolling in like a blanket. I meant to make the video as a solution to us working long distance, thinking I’d draw all of us but the boys had too much facial hair to draw quickly, so it ended up being this weird prescient self-isolation monologue I didn’t intend at the time, which then made the song seem more obviously an internal allegory. The film took over 2500 drawings to make, I did it in chronological order and learned as I went, I wish I’d known then what I know now, but isn’t that just everything? It consumed my life for 3 weeks to the point where I was unable to leave the house, and when I finished, I was unable to leave the house. Think I jinxed us, sorry." Emily Scott

The third studio LP from kosmische folk-rock four-piece Modern Studies opens with a photograph and closes with a shape of light. In between what slowly develops is a heady, heartening album that charts love, loss and life, as the Glasgow-via-Lancashire group reflect on landscape, the elements, intimacy, distance, sunsets, moonlight, and the blues.

There is a strange familiarity, and a welcome strangeness, in the quiet alchemy of Modern Studies.

‘The Weight Of The Sun’ will be released on 8th May via Fire Records on limited edition deluxe Dinked 'Sunburst Splatter' vinyl, LP and CD.