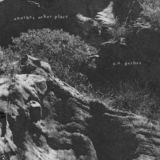 Recorded over the years spent working on her debut album, another other place showcases Gerber’s creative resilience. The release of Another Place To Need - three years in the making - should have come alongside a run of live shows, including a first trip to the UK for a London headline and The Great Escape Festival. Instead, she found herself juggling a full-time job and battling with an increasingly turbulent socio-political climate in the US.

However, Gerber still managed to deliver flawless Instagram Live performances for the likes of Rough Trade, La Blogotheque and The Line Of Best Fit, host a Zoom album playback party for fans, family and friends, and use the time to bring together reimagined versions of songs from Another Place To Need.

another other place showcases her gifted knack for escapism through music and a multi-talented songwriter, instrumentalist and producer at work, as Gerber recorded these new versions herself over a three year period and during a time where she has been forcibly disconnected from her band and collaborators, like co-producer Madeline Kenney, herself releasing an album during this period.

Of the project A.O. Gerber explains :

This EP came about a bit by chance and a bit by design over the years I was working on Another Place To Need. There was a spooky quality to the original demo of "Strangers" that I loved and I almost released it that way initially. Instead I ended up recording this version when we went into the studio to start the record. Through the kindness of friends and the desire to keep making work while the record process was dragging on, I got to record the other two songs with some of the spirit with which they were originally written. These three songs in particular came from very dark moments in my life, and while there was something really empowering about producing them the way I did on Another Place, I also think the production hides some of their tenderness. It feels good to share the other side.

The three tracks are taken from an incredibly assured LP which, despite the difficult time, picked-up swathes of support from NPR’s All Songs Considered, Gorilla vs Bear, NYLON, KEXP, Clash, GoldFlakePaint and more.

Prior to the US election, Gerber will be donating Bandcamp royalties from the EP to Fair Fight. From November through the end of the year, proceeds will shift to the Formerly Incarcerated Small Business Rescue Fund.