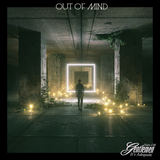 This song was inspired by Philip K Dick's novel Time Out Of Joint.

The protagonist finds that the 1950's small town in America in which he lives is fake. This is one of my favourite novels. As in many of his novels, Dick explores the role of memory in constructing personal identity. Without wishing to spoil the story, the protagonist finds that the 1950’s American town within which he thinks he lives, is artificial. He has retreated into this world to hide his responsibilities from his conscious self. As one of the characters says ‘what happens if he becomes sane again?’. In this take on the story the protagonist is scared not that the truth is being hidden, but that the truth is coming back to him.

In this track Mark Gatland plays both Chapman Stick and bass guitar.
lyrics
So I walked and I walked past where the houses stop
But the road still carries on
I left behind the average town
The cradle where I was born
Past foreground split from broken machinery
Background paste of identical scenery
And now am I supposed to believe I’m outside?

I don’t remember the last time that I got this far from home
50 plates from 50 states
In this transition zone
I remember things that shouldn’t exist
The details that show the lie
And now am I supposed to believe I’m outside?

The absent step, the missing cord
The slips of paper, the magazine hoard
Leaks in reality, poking through the holes
I think I forgot, to forget what I’m supposed to

The silence spreads, the structure dissolve
The skeleton bus, the bouncing scarecrows
Time stands still, on a strip of paper
I’m scared it might be coming back to me

I'm told I live in a golden age
The best to be alive
Not much to be scared of
If I could only forget about the satellites
The telephone book, unknown numbers
Another past, appears to haunt us
And now am I supposed to believe I’m outside?