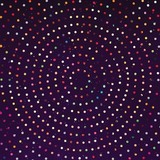 Haiku Salut, the acclaimed female instrumental trio from the Derbyshire Dales, share a new double A-side single, “Loves”/“Going Back”, the first taste of their forthcoming soundtrack album, “The General”.

“The General” features Haiku Salut’s new original soundtrack for Buster Keaton’s 1926 comedy classic of the same name. Commissioned by Nottingham Contemporary as part of the BFI’s Comedy Genius season, the 23 track score was written within a two-month period over winter in the band’s studio at the edge of the Peak District, and sees the trio of Gemma Barkerwood, Louise Croft and Sophie Barkerwood give the revered silent film a startling electronica overhaul.
Combining glitchy electronica, soaring post rock, beautiful piano pieces, and the sound of a fearless talent in full flow, “The General” is an emotional, transformative record. The band find moments of drama and heartbreak in a much-loved comedy, and enrich the bygone, pre-digital world of Buster Keaton with a gloriously contemporary score.

The two tracks on the single display the scope of “The General” soundtrack. “Loves” is a simple, beautiful piece for guitar, piano and electronics, which charts Buster Keaton’s character Johnny Gray woo-ing his true love Annabelle, while “Going Back” follows an extremely unusual chase scene with tangled electronica, ghostly treated voices, and a moment where the music and the action suddenly goes into reverse.

Haiku Salut consists of multi-instrumentalists Gemma Barkerwood, Sophie Barkerwood, and Louise Croft. Between them, Haiku Salut play accordion, piano, glockenspiel, trumpet, guitar, ukulele, drums, and melodica. Their music also features electronic elements, which they refer to as “loopery and laptopery”. They have released three critically lauded albums to date, and in 2017 collaborated with Public Service Broadcasting on the song “They Gave Me A Lamp”, which featured on PSB’s top five album “Every Valley”. In 2018, they collaborated with The Robot Orchestra as part of The Hexagon Experiment during The Great Exhibition Of The North. They also explored the relationship between light and sound with Virtual Reality live events, and their celebrated Lamp Shows, which sees the trio perform with a stageful of vintage lamps which flash, fade and flicker in time to the music.