Back to Kobadelta's Music <
Single 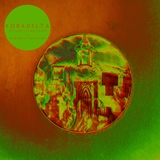 4 TRACK CD AVAILABLE HERE: www.kobadelta.bandcamp.com.............................. Recorded at First Avenue Studios, Newcastle by David Curle on 7th-8th September 2013.............................. REVIEWS.............................. "Newcastle’s Kobadelta continue to impress with this new single which sounds like the missing link between The Doors and Kasabian; chunky of riff and nicely frayed around the edges." - The Crack Magazine (October 2013).............................. "We’ve touched upon Kobadelta before, describing their sound back in June as ‘an onslaught of viscous, blues-ridden psychedelica’, ridden with brooding riffs and shimmering synths. They’re back 4 months later with another single and b-side, and it’s safe to say the tracks haven’t dampened our hype for the Newcastle five-piece. Ritual is factory fitted with an advance of domineering, bass-heavy rhythm and blues that gives way for a retrospective chorus, providing the perfect backdrop for a haunting vocal not too dissimilar to a young Michael Stipe, or a contemporary Tom Smith. Sounds like? Black Rebel Motorcycle Club at their most menacing… Underestimation is by no means a support act here either, with a threatening bassline hooking you like a run-of-the-mill trout from the off. The riffs here lay off the brood – the bassline covers that aspect by itself – and the synths shimmer like lighthouses on a desolate horizon. We’re very excited about this lot." - Reviewcaster (October 2013).............................. "Psychedelic Indie-Rockers, Kobadelta, kick out the jams on their edgy new single, ‘Ritual (Time Flies)’. It launches with a mighty fine riff which wouldn’t seem out of place in either tone or magnitude if it were to turn up on a Wolfmother LP. This tasty refrain underpins the whole song, giving the entire concoction a powerful drive and urgency. With bass, drums, guitar and synth all backing up lead singer, Dom Noble, the band have a good full sounding single on their hands. Noble’s eerie delivery gives them a real USP. Veering towards Bowie-esque crooning at times, it certainly suits the intriguingly experimental elements of the Newcastle five-piece. They draw similarities with Kasabian, but there’s a fascinating earthy growl to Kobadelta’s sound which will hopefully be explored further as the band write more tunes too. B-side, ‘Underestimation’, finds the band in a more playful, funky mood, and is definitely worth a spin as well. SPOILER ALERT: The tempo change ¾ of the way through is genius – from slow burning grungey number to crazy-party banger in one fell swoop. Absolutely lovely stuff. With ‘Ritual (Time Flies)’ out on Friday, Kobadelta aren't resting on their laurels either. Gigs are lined up at The Cluny, The Head of Steam, and Think Tank over the next month so if you like what you hear get down to one of the shows and support one of the most exciting indie acts around in the North East." - Tune Army (October 2013).............................. "Newcastle's favourite groove riders are back with their organ smothered, Doors on a down day rock and I, for one, am pretty chuffed about that. 'Ritual' sees the quintet marry the thunderous inevitability of Muse at their heaviest, Jim Morrison at his preachiest and the Black Keys at their sexiest. The result is a relentless, insistent tumult of riffs, bone rattling drums and the lingering sensation that if you let any young female listen to this they might just find themselves, 9 months later, giving birth to a black hearted baby. The B-side to this single, the wonderfully titled 'Underestimation', starts with a bass riff soaked in distortion before the shuffle of the Stone Roses-esque drums enter the room and the guitars buzzsaw in to join that fat ol' bassline. All this is then liberally slathered in Dom Noble's treacly and seductive vocals to provide what must surely be the soundtrack to a seedy bar scene in the next Tarantino film - this time starring Sam Rockwell, seriously the guy needs a starring role. As the song builds to a frenetic crescendo, I have to remind myself that this is just the B-side and question why this single was not considered a AA-side. Either way, these guys are proving their consistency so a full album must surely be the next logical step. Yes? Good. I thought so." - Listen With Monger (September 2013).............................. "Another proud moment for us as a former Band To Check Out come good with their new single. Newcastle five-piece Kobadelta have a new single called 'Ritual' available. It's a top tune, but we reckon the space-rock that they deliver on B-side 'Underestimation' is even better. This is exactly how we were hoping the band would develop." - The Sound Of Confusion (September 2013)