TUNE Grimm Grimm - We've Never Been This Far Before 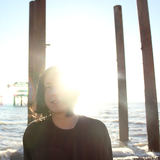 Grimm by name and by nature, there’s more than a hint of the famous Grimm brothers’ twisted fairy-tale folklore to Ginormous – the third album from London-based, Tokyo-born experimentalist Koichi Yamanoha. Recalling a childhood with Humpty Dumpty and Mother Goose by his side, his latest offering marks the next chapter in a trilogy of self-discovery; a compendium of sonically astute storytelling where nightmares and dreams meet via French yé-yé and Casio beats.

“I always wanted to write an album that sounds like a funeral and a wedding at the same time,” Koichi says of the happy-sad tales extracted from the phantasmagoria of his Grimm Grimm alias’ consciousness. “I wanted to create something intimate and each album is like a different road trip I’ve taken; all with exit doors leading to the next story. It is like a warning letter to the older and younger version of me.”

An outlet for his fragile, haunted, otherworldly forays into baroque folk, futurist lyricism and electro-acoustic oddities, stories have always shaped Koichi’s world. Whether channelling the wonder of nursery rhymes from his youth to megalophobic thoughts of monolithic objects, Ginormous turns to the next page of Koichi’s sonic journey so far; its lyrics and melodies culled from the notes on his phone whilst travelling alone on trains across Europe. Between shows with Cate Le Bon, Simon Finn, Dinosaur Jr, Thurston Moore, The Undertones, Green Man Festival and Edinburgh Fringe, each note offers a monumental moment in time from every passing experience of Koichi’s emotional world; such as his feelings upon seeing the imposing Yugoslavian monuments of World War II (Spomenik’), or hearing from his many friends made along the way.

First single from the album ' The Ghost of Madam Legros' comes courtesy of Stereolab’s Laetitia Sadier after being prompted to imagine standing on a cruise ship with everybody on port waving at her; “She looked devastated and said to me, “oh no Koichi, really, they are waving,” he remembers.

The rest of the album was recorded in his room at home and Total Refreshment Centre in North/East London, Koichi enlisted award-winning producer Marta Salogni (Bjork, The Orielles) and Capital K’s Kristian Craig Robinson. Sophie Lowe of Peluché played clarinet and violin whilst Pete Baker and Monchan of Bo Ningen provided additional drums. Joining them; avant-garde violinist Agathe Maxx, and Koichi’s flatmate P az Maddio, of postpunk trio Value Void, added her whispery vocals to ‘In A Glass Jar’ and the title track.

“I choose words to create mood and I like the word ‘Ginormous’,” he says. “ It’s dumb and funny but expresses something big in everyday life... an object, determination, relationships, or even a chair or sausage – American sized.”