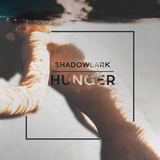 THE BAND WILL PLAY THE GREAT ESCAPE THIS MAY + more!

‘Luscious, rich and synth-laden’ – The Skinny


Today, synth-pop trio Shadowlark release their new single ‘Hunger’ alongside a brand-new video, the first to feature the band. The video, directed by Kris Rimmer, reflects the mood of the track with a stripped-back emotional performance at Studio24 in their hometown of Leeds. Both the new track and video showcase front-woman Ellen Smith’s vocal prowess – using her haunting vocals to set the tone for a raw, break-up ballad.

“There's not really a lot to philosophise, it's just pure heartbreak. I always write very personally, but this one especially was a killer to record... I suppose that's when you get the best art though? We're very proud of it.”

‘Hunger’ is Shadowlark’s third single to date, following 2017’s ‘See Each Other Right’ and ‘Control’. All three tracks have been produced and mixed at Vada Studios by Dan Austin (Massive Attack, Doves, Biffy Clyro) and released via Vital Music Group. The band have recently taken on live agent 13 Artists and signed a publishing deal with Warner Chappell.

‘Working with Shadowlark has been an absolute pleasure and creatively extremely exciting. Pushing this to new levels over the backbone of Ellen's incredible songwriting has made for some amazing studio sessions. It is a real treat to work with such a strong band and Ellen's voice, lyrics and vocal performances are really quite
incredible.”

Formed in 2016, Shadowlark are Ellen Smith (vocals & guitar), Chris Quick (keys, programming & synths) and James Warrender (Drums). The three-piece hail from Leeds and came together with the desire to make music by pairing natural, organic instruments with electric sounds and 80s synths.

The band will be playing a string of shows this summer including The Great Escape, Liverpool Sound City and Hit the North festival.