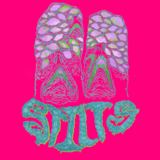 After releasing their debut double A-side single ‘Ham/Pigs in Blankets’ which won the support of DJ’s such as Steve Lamacq on BBC 6music as well as XFM’s John Kennedy and Ian Camfield, Leeds based S T I L T S return with this dark rock stomper ‘RAT EYES’ which is released on Snaketown Records on September 29th 2014.
Recorded by Matthew Heap at SUFF Studio and mixed by Tony Peroni at The Premises, Rat Eyes also features the b-side ‘Slug’ and will be available for download only.

Explosive, intelligent, flapping skinny rag dolls armed with great songs. Stilts will rock the festivals and are living proof that genius guitar noise is alive and well out there. They are going to be massive - John Robb ( Louder Than War )

"Stilts opened for us in Manchester, they had bags of energy, they were great! More ideas than i could ever have in 1 song."- Jamie Lenman.

Stilts are a Leeds based, three piece psych grunge band. Formed in early 2013, Stilts have lurked through various cities in England with a creepy, dark and haunting take on grunge, 50's surf riffs, desert licks, sporadic and melancholic shuffles, washed down with a stage performance that leaves you psyched.