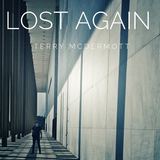 •New Orleans based Terry McDermott, lead singer of rock band Lotus Crush and runner up on season three of NBC’s The Voice announces the upcoming debut of his latest single “Lost Again.”

“The style is very much in the vein of music that inspired me in my youth,” says McDermott. “The Beatles, Badfinger, with some Gerry Rafferty and Noel Gallagher thrown in for good measure. It’s a classic sound.”

•Later this month, McDermott will embark on a tour of the UK and Europe to promote the new single. Stops include Abderdeen, Edinburgh, Ghent, London, Manchester, Paris, and Peterhead. Eric Bradley of The Young Royals will play guitar and provide backup vocals, and Craig John Davidson will be the opener.

•In the wake of The Voice, Terry previously released “Pictures,” which quickly rose to the top of the US iTunes rock charts.

•Terry McDermott is a songwriter, television personality, and lead singer for the band Lotus Crush. After playing in bands during his time as a pupil at Ellon Academy in Scotland, he and some friends formed Driveblind. The band was eventually signed to Geffen records, moved to Los Angeles, and gained critical acclaim for their debut album in 2005.

•In 2013, Terry shot to widespread popularity as a contestant on Team Blake of Season three on NBC’s The Voice USA. Terry finished second overall that season, making the iTunes Rock Chart Top 10 a number of times while on the show, and singing before a television audience of nearly 15 million people on the season finale.