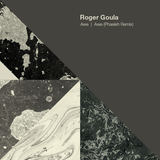 Roger Goula biography Roger Goula is a London based composer and multi-instrumentalist. Coming from a contemporary classical background, and building on his involvement in to the free improvisation scene in London in the mid 2000s, Goula’s work has developed into an experimental blend of classical chamber and orchestral music with electronics. Inspired by renaissance and baroque music (Monteverdi, Bach, Vivaldi), as well as by minimalism (Reich, Glass, Part), and looking at the language of electronic music (Aphex Twin, Autechre), his compositions perform complexity through repetition of minimal elements and emotional transporting textures. Most recently his been commissioned by the acclaimed string quartet Experimental Funktion a 30min piece to be performed along side Steve Reich ‘Different Trains’ and premiered at the CCCB of Barcelona in December 2013 as a closure concert of the BCNmp7 Music Festival. Composing also across platforms including film and tv, dance, theatre and art installation, Roger has worked for a number of award winning films such as Next Goal Wins, Shockhead Soul, Brand New-U and the TV series The Frankenstein Chronicles. At the moment he is scoring the latest film by Charlie Bellville featuring Tom Hardy as lead actor. This year his solo debut album will released by the new label Cognitive Shift in collaboration with One Little Indian, and includes collaborations with notable performers such as Peter Gregson, Thomas Gould, Lucy Railton, Stephen Upshaw and Claudio Girard. Roger Goula studied classical guitar in Barcelona and graduated in music composition from the Goldsmiths College and in film music from National Film and Television School. He also studied composition with Michael Finnissy.