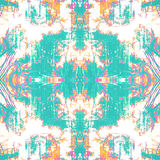 Debut LP out 13th of October on One Little Indian

"TUSKS has made more than a few waves with her atmospheric, emotion-drenched first offerings" - DIY "Like her One Little Indian labelmate Björk, Emily Underhill is fully in control of her craft, weaving together beautiful, glacial pop songs from guitar, voice and programming " - Red Bull "...a bed of reverb-heavy guitars and recalling the sonic landscapes of Cocteau Twins and The Cure" - The Line of Best Fit

With her debut album Dissolve released 13th October, TUSKS (aka Emily
Underhill) builds on her towering musical vision. Created alongside longtime co-producer Brett Cox, her rich visual imagination with its cinematic enormity and resplendent detail is the work of a young artist mastering the nuances of her craft, a journey which began in her early teens.

On new single ‘Last’, Tusks ups the ante; “it’s the feistiest track on the album. It was a bit of a fuck you to a person at the time who I'd invested loads of energy and time into who'd messed me around."

It’s a track that demonstrates the breath of emotion on the record, that within ‘Dissolve’s’ immersive cinematic artistry and beautiful soundscapes sentiments of a vigorous, vitriolic nature also burn bright.

From a young age, her voracious appetite for music has taken in artists as disparate as Bonobo, Explosions in the Sky, and Foals, and the result is a sound that resists pigeon-holing. It’s the assemblage of all her experiences as an artist and as a person that get distilled in her powerful, glacial sound, which has been praised across the spectrum by tastemakers including Wonderland, MixMag, The Line Of Best Fit, Annie Mac, MistaJam and Lauren Laverne and nabbed her a spring tour with the impressive Icelandic singer songwriter Asgeir.

Debut album Dissolve is heady and ambitious, not so much the sum of its influences as an outward projection of its creator. It’s the purest distillation of Emily as a person, and it strikes a uniquely human chord through its melodies, which are at once comfortingly familiar and refreshing.