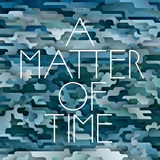 ARTIST: DILLON TITLE: ‘A MATTER OF TIME' LABEL: BPITCH CONTROL FORMAT: DIGITAL/CD BBC "Captivating music that speaks so very loudly without making much noise at all" RESIDENT ADVISOR "Her melodies are outstanding, catchy and familiar" Dillon is proud to announce the release of 'A Matter Of Time' on 3rd March, the first single to be taken from her new album 'The Unknown', which is set for release on 31st March via BPitch Control. 'A Matter Of Time' is a haunting, balladic affair - one which reveals itself gradually. Opening with an almost unsettling piano melody, the track builds with a pulse-quickening drum sequence layered with Dillon's trademark quivering vocals before slowly coming to a rapturous crescendo, complete with eerie synth and vocal loops. The Berlin-based artist, who originally hails from Brazil, captivated critics and audiences alike with the release of her first album, ‘This Silence Kills’. Described as chanson-pop, with a voice comparable to the dulcet tones of Feist, the young Dominique Dillon de Byington left an impression on more than just the indie scene. Armed with an album both sweet and enticing in its pop-style sensibility, yet experimental enough to be taken seriously, Dillon embarked upon the unexplored territory of worldwide festival gigs and two sold-out tours. As made evident from the ominous opening bars of 'A Matter Of Time', it’s clear that Dillon has undergone somewhat of a transformation since her debut. More pensive in style, the new single and album explore those almost unexplainable states of being. 'The Unknown' can be anything: longing, love, loss, transience, fear or desire. Dillon is, however, clear that her latest material, while insular at times, should not always be considered melancholy: “The lyrics are a lot more abstract and open, although they are just as personal and introverted.” This new album marks Dillon's second release with German label, BPitch Control. Founded by electronic producer Ellen Allien in 1999, BPitch Control has become famed for launching the careers of iconic techno acts such as Modeselektor, Paul Kalkbrenner, Apparat and Moderat, so the quirky, alt-pop stylings of Dillon make for an intriguingly different release from the esteemed label. Enigmatic and narrative-driven, ‘The Unknown’ is Dillon’s invitation to us to enter the magical world of drama, lament and personal scars that she creates in her poignant poetry. 'A Matter Of Time' offers the first taste of Dillon's newly developed and extraordinary sound, which renders 'The Unknown' as one of the most exciting new musical prospects of 2014.