TUNE Joviale - Taste Of The Heavens 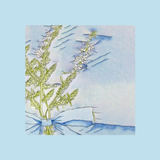 Joviale shares second single ‘Ride Away’ as a striking visual directed by Fiona Jane Burgess. She also announces the Bullion produced ‘Crisis’ EP, out 6th of September through Blue Flowers.

‘Ride Away’ follows the FADER-premiered debut single ‘Dreamboat’. Through its dynamic use of tension, space, and instrumentation it showcases Joviale’s singular aesthetic. Twin realities of pleasure and pain permeate the lush human dramas in her ethereal sonic world. She explains that “an escape into the unknown will always be dangerous but also really exciting.” ‘Ride Away’ is an incomparable foray into unknown waters, arrived at through Joviale’s keen emersion into a plethora of different creative mediums and sensitivity to the world of stories and sounds around her.

While writing and recording ‘Crisis’ EP, Joviale assembled a scrapbook collecting various fabrics and materials, and cutouts from fashion editorials, alongside religious imagery. As an artist she playfully destabilises the boundaries between different forms of artistic expression, opting for a cross-genre transnational assemblage of ideas. At home among “soundscapes and treasures from different cultures”, she explores how esoteric pursuits like yoga, meditation, crystals, astrology, botanics, and dance can inform her music. “It’s my method of weathering a crisis” says Joviale when asked about her insatiable curiosity, “because every experience is a gift whether it’s bad or good.”

Joviale’s musicianship comes instinctually, informed by tone and emotion. The purity and rawness of Billie Holiday, Janis Joplin, Aretha Franklin, and Nina Simone, and the sugar-coated pain of lovelorn 60’s girl groups like The Marvelettes, The Ronnettes, The Crystals and The Shangri-Las, are some of her formative emotional influences. To Joviale, these artists all sing of their own doom with a charming coyness and sincerity. Musical cinema also informs the way she tells stories in her lyrics, and the timbre of the percussion and brass in the African music that she listened to while growing up exerts a powerful tonal influence.

After a year of honing her sound on London’s live circuit, Joviale was introduced to experimental pop producer Bullion (Laura Groves, Westerman, Sampha). Their connection has seen the realisation of an intriguing and ambitious new vision in the current pop landscape. Crisis’ EP plays with its listener’s expectations. It’s both colourful and tense, it’s charming, coy, resplendent, rare and unrestrained – sometimes all at once.

After May’s residency at Laylow and a personal invitation to support Kate Tempest, her shows continue to involve into something rich and undefinable.

Joviale releases ‘Ride Away’ today (14th June) with ‘Crisis’ EP to follow on the 6th of September.