TUNE Ardyn - Over The River 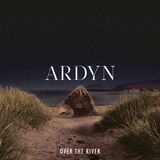 Bio:
Ardyn are pleased to announce details of a new single, Over The River, released 26th April through Aesop (SOHN, TĀLĀ, Klyne).

“Over The River” is the first new music by Ardyn, the brother and sister duo Katy and Rob Pearson, since the release of their acclaimed debut EP, Universe, in November 2015. Teaming up again with producer Rodaidh McDonald (The xx, King Krule, Låpsley) to cast only the deftest of touches on a song that slinks and simmers, guided confidently by Katy’s driving vocal.

Ardyn have been writing lyrics that found a natural transformation into the skeletal frame of songs from the age of ten, and as such there’s an innate understanding of each other’s clear strengths. Rob, a guitarist who understands the importance and power of subtlety, is complemented by Katy’s alluring vocal and keyboard flourishes delivering their arresting sound.

Drawing on a fascination of peoples’ passing conversations and creating a world around a sound bite, Katy says of ‘Over The River’, “I wanted to imagine a couple’s conversation and the problems they were having in their relationship while transforming it into something visual linking to the natural world”. The songs that Ardyn have unleashed to date all share in a similarly opaque ebb and flow, marrying light and shade. The effect is mesmerising and “Over The River” is the pair’s most purposeful stride yet.

Ardyn will perform at this year’s Great Escape Festival in Brighton, Dot to Dot in Bristol, Nottingham, and Manchester, Live at Leeds, and a series of Summer festival appearances including Green Man Festival and Barn on the Farm.

21st May – The Great Escape, Brighton

3rd July – Barn on the Farm Festival, Over