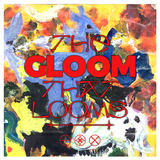 Enigmatic alternative-pop duo Jadu Heart return today with their first new music of 2018, 'The Gloom That Looms' - an immersive release featuring brand new tracks 'Heroin Song' and 'The Cure'. Co-produced alongside the legendary Guy Sigsworth (Bjork, Robyn, Imogen Heap) in sessions for their forthcoming debut album, the band have also announced details of a headline London show for later this year, which will take place at Omeara on November 21st.

Somewhere, in a different universe, there is another version of the Earth. Some people who live there are human, but there are supernatural creatures too – fairies walking down the road, trolls sitting on stoops. In one particular village, there’s even a tree spirit who runs the local radio station. This place is called is called Koshui, and it’s one of the many planets in the Yahroo system. A few years ago two characters named Dina and Faro were on Koshui when they found an abandoned temple deep inside a lush green forest. After walking around a while, they came across a golden MPC. It was floating in the air like a strange omen, and Dina instructed Faro not to touch it. Still, he reached out anyway and then sliiiiiiiiiiiiiiiiiiiiiiiiiide, the world started to fall away and become more fluid, as though it was melting. When everything stopped, Dina and Faro looked at their hands and everything had changed. They had claws, black feathers, crystal faces. In a way, they were monsters – cursed.

Or at least that’s how Diva and Alex introduce the dizzying, extensive back-story to these supernatural characters, who are as much a part of them as they are their own entities. Because while Diva and Alex are IRL humans, living in north London, they’re also channelling the spirit of these creatures and writing music through them - their group is called Jadu Heart, and they make imaginative, cosmic pop which takes classic tropes (tripped-out psychedelia, introspective electronica, alternative folk and soul) and breathes completely fresh air into them.

Already, the masked duo are creating a vivid world around the Jadu Heart project. Early collaborations with Mura Masa's Anchor Point label introduced the duo's inter-dimensional sound, which continues to evolve (along with the narrative around the project) as they produced their expansive debut album alongside Guy Sigsworth. And despite such ambitions, as is evidenced on 'The Cure' and 'Heroin Song', this is ultimately heartfelt songwriting at its most creative – simultaneously intimate and cinematic, and a canvas that allows Jadu Heart the freedom to explore those monster-like qualities (the insecurities, fears, ugliness and beauty) true to us all.