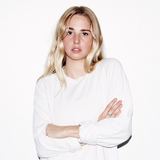 "It's an intoxicating cocktail of pop nous, bearing the DNA of folk at its finest" - The Line Of Best Fit

“Continually stripping herself back, giving us more and more of her inner most feelings with every track” – i-D

"She maintains an undercurrent of self-possession, a serene, organised confidence that makes it hard to imagine her failing.” - New York Times

Southampton-raised, 22 year old London-based singer, songwriter and producer Laurel Arnell-Cullen is to release her Park EP, and has signed to iconic English independent label Counter Records (an imprint of Ninja Tune). Brand new track 'Hurricane', taken from the EP, made its radio debut last night courtesy of Huw Stephens on BBC Radio 1 and the accompanying video is now online premiering via V Magazine.

The Park EP was written, performed, recorded, produced and mixed by Laurel in her East London bedroom based studio. The first taster; 'Hurricane' demonstrates a maturity of sound beyond her 22 years, her breathy vocals sitting atop exquisite melodies with heartfelt, intimate delivery.

It follows the release of singles 'Life Worth Living' and 'San Francisco', which LAUREL released on her label Theia earlier in the year. The tracks saw her garner a wealth of support from BBC Radio 1, Beats1, Apple, Spotify, New York Times, The Guardian, i-D, DIY, The Line of Best Fit and many more, reaching Top 3 on Hype Machine's Popular Chart and surpassing half a million plays in under a month - her Spotify listener figures are in excess of 300k every month and growing.

Laurel has played numerous live shows over the summer and has recently announced her very first UK headline tour, to take place this November. Dates as follows: