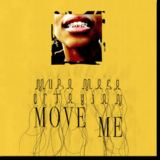 “As forward-thinking and futuristic as they come” NME, **** Album of the Week

“A dizzying exploration of musical subcultures…this is what pop should be in 2017: diverse, interesting and surprising” Mixmag, 9/10

“An instantly identifiable sound...Mura Masa is already a musical force to be reckoned with” CLASH, 8/10

“A portrait of the artist as a young man…abandon, uncertainty, and a lust for love and life” Billboard

"An album that we'll look back on as one that not only soundtracks 2017, but defines it as as snapshot of a fresh sound" Dork ****
Mura Masa is back today with his first new music of 2018, the explosive ‘Move Me’ (ft. Octavian).

Discussing ‘Move Me’ and his plans for 2018 for the first time today, Alex writes: “It’s been some time since I released music and I’ve been toying a lot with creating stand-alone moments rather than long-form releases. This is the first instance of letting a track be its own story and free in the world, rather than become overthought or forced into a bigger project. ‘Move Me’ came about at my studio in South London, and the first time me and Octavian actually met up to discuss music was about four weeks ago. It feels to me like a super natural collaboration, and I love what we’ve managed to do working together. In the time between now and the next LP/art project, I’d love to find more moments like this and put them onto the scene. That feels like the future to me.”

Anyone contemplating quite what this big-picture musical future looks like could do worse than ask Mura Masa. Still aged just 21 years old, Alex’s triple-threat influence as an artist, producer and writer can no doubt be felt across modern pop. Released only last summer, his genre-bending, critically-acclaimed debut album – in another first for his native Guernsey – was recently nominated for two Grammy Awards (including Best Dance/Electronic album). This year alone, here is a young talent equally at home collaborating with the new leading light of UK rap as he is remixing Perfume Genius, or as comfortable designing a fashion line as he is working on the new Chic album (Alex joined Nile and frequent-collaborator Cosha to launch the new record on this week’s edition of ‘Later…with Jools Holland’). ‘Move Me’ suggests that what holds all this together is the cultured curiosity and restless creativity that clearly still moves Mura Masa, an artist of whom all you can safely expect is the unexpected.

Having built up a dizzying global audience – with tens of millions of streams, and sold-out shows ranging from Brixton Academy to a specially-curated Manchester Warehouse project – this summer will see Mura Masa bring his joyous live show back out on the road (and continue work on new material). Quite what comes next remains to be seen, but ‘Move Me’ is arguably the start of a much longer journey for Mura Masa in which that end-point is thrillingly unknown.

06.07 – We Are Electric Festival – Velder, Netherlands