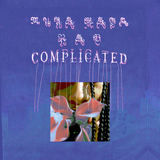 “Brilliantly clever…bubbling with energy and ideas” Observer, **** Album of the Week

“As forward-thinking and futuristic as they come” NME, **** Album of the Week

“A dizzying exploration of musical subcultures…this is what pop should be in 2017: diverse, interesting and surprising” Mixmag, 9/10

“An instantly identifiable sound...Mura Masa is already a musical force to be reckoned with” CLASH, 8/10

“A portrait of the artist as a young man…abandon, uncertainty, and a lust for love and life” Billboard

"An album that we'll look back on as one that not only soundtracks 2017, but defines it as as snapshot of a fresh sound" Dork ****
Mura Masa has today premiered new single 'Complicated' (ft. Nao). Returning recently with his first new music of 2018 - a collaboration with Octavian, 'Move Me' - 'Complicated' is the first official single following the release of Mura Masa's much-acclaimed, self-titled debut album - which was nominated for two Grammy Awards, an Ivor, is approaching 500k sales worldwide and seen the still-just-22-year-old surpass 1 billion streams. ‘Complicated’ is the second in a series of singles that feature machine embroidered and intricately hand threaded sleeve artworks.

Always a world-colliding young talent, 'Complicated' is nonetheless Mura Masa's most immediate and assured release to date, its unpredictable twists and turns in production perfectly suited to a twisted love song, where those things which mean something rarely come easily. And as much as 'Complicated' sees Mura Masa push his experimentation with pop into colourful new forms, it also harkens back to his roots, seeing the Guernsey-born artist, writer and producer reunite with long-time friend and collaborator Nao (whose careers arguably both took flight with the emergence of 'Firefly' back in 2015).

Mura Masa's influence is one which can no doubt be felt across the rapidly-changing modern musical map. Here is a young talent equally at home collaborating with the leading lights of UK rap and R&B (most recently, Octavian and Nao) as he is remixing the likes of Perfume Genius; and that rare artist who can team up with Chic one minute ('Til The World Falls Down') and design his own fashion line the next. Everything is connected under the singular vision of Mura Masa, whose cultured curiosity and restless creativity ensures that whatever Alex does next will, no doubt, be done his own unique way.

Off the back of extensive touring - including over 50 headline shows last year alone, including London's Brixton Academy - Mura Masa is set to play the following shows throughout 2018, with further live news expected soon.