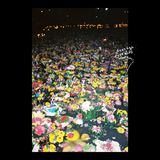 Early praise for ‘R.Y.C’ (Raw Youth Collage)
"Whip-smart...a rumination on what it is to be young today" Mojo ****
"A bold move...R.Y.C bills Mura Masa as a different prospect entirely" DIY ****
“Skewers contemporary British life…life gives you lemons? Deal Wiv It” NME, Song of the Year
“Nothing is beyond possibility in the world of Mura Masa” Wonderland
“Astonishingly talented” GQ

Mura Masa has today dropped brand new track ‘Teenage Headache Dreams’ with Wolf Alice front-woman Ellie Rowsell – the final teaser of his much-anticipated second album ‘R.Y.C’ (Raw Youth Collage), which will be released on January 17th. Having been introduced by ‘I Don’t Think I Can Do This Again’ (with Clairo) and the anthemic lead single ‘Deal Wiv It’ (with slowthai, and currently playlisted across Radio 1 and 6Music), Mura Masa’s world tour begins on February 20th at London’s Alexandra Palace. An intimate run of in-store dates, in which Alex will preview his first ever live band, was also recently announced in addition to Mura Masa’s appearance at this year’s Coachella.

‘Teenage Headache Dreams’ is the affecting and powerful climax of Mura Masa’s second album, ‘R.Y.C’ (Raw Youth Collage). Written and performed by Alex and Ellie Rowsell in response to some of the album’s central themes – nostalgia, memory, youth, hope – it’s the song that Mura Masa believes might contain the album’s ultimate message; the fact that (he says) “it’s possible to feel happy even if it means relying on something that isn’t necessarily true, or is half-imagined, or might not even have happened at all. If we can find a shared remembrance of a good time, we’re more likely to be able to find that again. A little bit of escapism is healthy.” Or as ‘Teenage Headache Dreams’ puts it: “seems like the good time’s over / but nothing’s really over anymore / Just take control.“

Mere days into 2020, and Mura Masa appears poised to deliver one of the year’s most essential, unpredictable records. ‘R.Y.C’ breathes new life into - amongst other things – New Wave, Emo, Folk and 90s Rave, reinventing the Grammy-winning, Guernsey-native’s sound whilst also paying tribute to the alternative roots which shaped Alex’s most formative years. Lyrically, too, ‘R.Y.C’ takes Mura Masa’s story into bold new directions. A concept record at heart, the record focuses on a generational dependency on nostalgia as a means of coping with the hopelessness of the present. It interrogates the reliability of past excitement, innocence, and whether what we constantly try to recapture is as reliable as we might think. The eclectic mix of guests across ‘R.Y.C’ were all asked by Mura Masa to contribute with these themes and their own experiences of them in mind. The stunning results confirm that even when interrogating the past, Mura Masa sounds like the future.