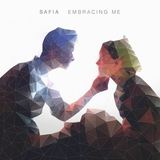 Artist: SAFIA Track: Embracing You Label: Virgin EMI Focus Date: 22nd April 2016 Facebook: https://www.facebook.com/safiamusic Twitter: https://twitter.com/safiamusic EP Name: Embracing You EP Release Date: 4th March 2016 PR: Electronic pop three-piece SAFIA announce the release of their Embracing Me EP, due out 4th March 2016 via Virgin EMI Records. Already making serious waves in their native Australia, SAFIA captured the country’s attention with their stunning live rendition of Alt-J’s ‘Left Hand Free’ on the influential radio station Triple J before bagging a spot at Byron Bay’s Splendor In The Grass, playing to upwards of 15,000 people. A year later and they have played on festival line-ups alongside the likes of Disclosure and Rudimental, supported Lorde on her Australian headline tour and sold out a 23 date headline tour across the country, amassing over 6 million Soundcloud streams, 9 million Spotify streams and three Hype Machine No. 1’s along the way. Now, following a 21 date international tour across the US, UK and Europe last year, including a sold out headline show for Communion at London’s Electrowerkz and appearances at SXSW and CMJ, as well as a performance at Coachella with double platinum-selling Australian artist Peking Duk for lead singer Ben Woolner, they are set to make their mark on the rest of the world. SAFIA’s Embracing Me EP opens with the euphoric title track that effortlessly builds from warped church organ stabs to bouncing synths and tropical percussion melding perfectly with Woolner’s expressive vocals. Bagging a No. 1 spot on Triple J, the video (watch it here) is just as beguiling, setting the scene a budding romance in an Amish community and featuring all three band members along with a little help from fifty of their friends and family. The slow building, off-kilter chimes of second track ‘Counting Sheep’ follow, a refreshing, modernized take on classic ‘80s electro pop complete with eerie, pitched down samples, described by Woolner as the “evil sibling” of the band’s breakthrough hit from last year ‘Paranoia, Ghosts and Other Sounds’. ‘Make Them Wheels Roll’ picks up the pace once more with an infectious sliding guitar before the anthemic piano-driven ‘You Are The One’ closes the EP. With remixes from Hayden James, SoulCircuit, Après & Mazde, plus a forthcoming UK tour in the pipeline, expect to hear plenty more from SAFIA over the coming months.