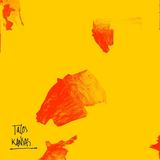 Shares New Single “Kansas” From Then There Was War EP

Cork, Ireland-based Talos (a.k.a. Eoin French) today announced the deluxe reissue of his acclaimed debut album Wild Alee will be released with four new songs -- the bonus EP, Then There Was War -- on June 15th, 2018 via BMG. “Kansas,” the soaring new digital single from Then There Was War, is out today worldwide with a lyric video (LINK) alongside the pre-order of the Wild Alee deluxe LP (LINK).

Talos - who performs live as a six-piece - recently made his SXSW debut and played an LA showcase at No Vacancy. The band has now confirmed an initial round of headlining European tour dates, starting with a show at London’s St Pancras Old Church on June 15th. See below for a full itinerary, more shows will be announced soon. Mahogany Sessions also shared a new live session of Wild Alee track “Runaway” following last month’s breathtaking live video of “In Time,” watch it here: (LINK).

Upon its original release in April 2017, Wild Alee was hailed as “a spectacularly assured debut" (The Irish Times), while The Independent called it “stunning,” and The Line Of Best Fit raved that the music “will leave your hairs standing on end.” Some of the earliest fans in the States included The New York Times’ T Magazine, which praised the songs’ “taut, chilling complexity,” and The FADER, which swooned for their “swirling” splendor. Produced and mixed by Talos and Ross Dowling -- whose credits include albums by James Vincent McMorrow and Bell X1 -- Wild Alee is a personal, emotive and ambitious electronic pop record; one that both looks to the past and signposts to the future. The record garnered love from BBC Radio 1, racked up more than 16 million streams on Spotify, and made the shortlist for the prestigious RTÉ Choice Music Prize for Irish Album of the Year.

“I started my first band around the same time I started studying architecture,” says Eoin French. “The two fed into each other and their influences just naturally started to cross-pollinate, so they’ve always been intertwined in my life.”

One listen to Wild Alee, and French's background in architecture begins to make perfect sense. The music is grand and sweeping, perpetually reaching skyward while remaining firmly grounded with foundations dug deep into the soil. Some songs are bright and airy, full of natural light, while others lend an eerie and imposing atmosphere, all shadowy corners and mirrored hallways. Blending elements of electronic pop and soulful R&B with hypnotizing synthscapes and haunting vocals, each track offers its own vivid sense of space, conjuring up an immersive journey that blurs the lines between dreaming and waking, between reality and fantasy, between the ordinary and the extraordinary.

“I’d like to think that the music is transportive,” French reflects. “Even though the songs came from a painful place, there’s an optimistic thread running through them because I wanted to create something uplifting. I wrote these songs as a promise of better things to come.”

For the album's deluxe reissue, Talos recorded a four-track EP titled Then There Was War, which is, in a way, the antithesis of the album. Where Wild Alee floats through the darkness on an undercurrent of optimism and faith in brighter days to come, the EP examines a harsher reality where the darkness remains. Lead single “Kansas” shifts from haunting to explosive as it examines our penchant for self-destruction, while “Odyssey Part II” takes the hopeful quest from the LP to a far more sinister place, imagining that only emptiness and solitude await at the journey’s end. Despite the EP’s seemingly nihilistic outlook, though, a silver lining emerges with “D.O.A.M.,” in which the departure of a muse, while difficult, prompts French to realize that he’s possessed this art inside himself all along.

“The music is an honest reflection of myself,” French concludes. “I'm not hiding anything here. People can take it or leave it, but these songs highlight me starkly, with every blemish and mark.”

In that respect, French is still something of an architect, and Wild Alee is one of his ultimate designs: a magnificent musical creation that’s simultaneously fragile and powerful, transparent and reflective, revealing and protective, a house of glass and steel. Sturdy enough to weather even the most turbulent of storms, these are the songs of a master craftsman, painstakingly assembled from the heart and built to last a lifetime.

8. This Is Us Colliding