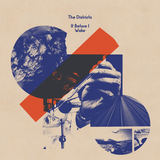 If Before I Wake

Artist: The Districts Track: If Before I Wake Impact Date: 11th August 2017 Label: Fat Possum Facebook: https://www.facebook.com/thedistrictsband/ Twitter: https://twitter.com/TheDistrictsPa Where From: Philadelphia PR: The Districts will release their new album Popular Manipulations on August 11th through Fat Possum. Following the release of the first single “Ordinary Day”, today The Districts share new single “If Before I Wake”. Listen via NME.com. The total electric charge of Popular Manipulations is just the latest evolution for the impressively young quartet, whose founding members—vocalist/guitarist Rob Grote, bassist Connor Jacobus, and drummer Braden Lawrence—have known each other since attending grade school together in the Pennsylvania town of Lititz. After deciding to form a band in high school, the Districts gigged hard, releasing a slew of promising material (including the rootsy 2012 debut Telephone) before catching the eye of venerable indie Fat Possum. 2015’s A Flourish and a Spoil found the band refining their embryonic sound with veteran producer John Congleton (St. Vincent, Kurt Vile)—and looking back on that release, there are glimmers of Popular Manipulations in chrysalis form to be found on it, hints of the fence-swinging anthemic sound they’d soon make wholly their own. The distinctly intense sound of Popular Manipulations—charging guitars, thunderous drumming, and Grote’s searing vocals—was brought on by a few cited influences, from shoegaze’s aggressive swirl to the Velvet Underground’s impeccable drone-rock sound. But don’t mistake easy comparisons for a lack of originality: on Popular Manipulations, the District are in a lane entirely their own, exploring lyrical themes of isolation and abandonment in a way that ups the music’s already highly charged emotional quotient. For such weighty thematic material, though, Popular Manipulations is purely life-affirming rock music, bursting with energy that cuts through the darkness of the world that surrounds us. “We’re a much better distillation of who we wish to be as a band,” Grote reflects on the journey that has led the Districts to this point. “We’ve figured out how to distill the things we’ve been trying to accomplish as a band, musically and lyrically. We’ve always viewed making music as something we’re trying to do better the whole time.” The Districts tour throughout the coming year in support of Popular Manipulations including dates with My Morning Jacket. They’ll make stops at Lollapalooza, Osheaga, Reading and Leeds Festivals, and more. Their live show is not to be missed. Every song is epic and heart-stopping. A full list of dates is below. Live: 8/25 - Reading, UK - Reading Festival 8/26 - Leeds, UK - Leeds Festival 8/27 - Hull, UK - Fruit 8/29 - Newcastle, UK - Cluny 8/30 - Edinburgh, UK - Caves 8/31 - Glasgow, UK - King Tuts 9/2 - Bristol, UK - The Downs 9/3 - Cambridge, UK - Portland Arms 9/5 - Nottingham, UK - Bodega 9/6 - Manchester, UK - Gorilla 9/7 - Cardiff, UK - Clwb Ifor Bach 9/11 - Brighton, UK – Haunt 9/12 – London, UK – The Garage