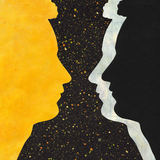 Today, Tom Misch announces the release of his highly anticipated debut album ‘Geography’ via his own label Beyond The Groove / Kobalt Music Recordings for an April 6th release. The first track to be lifted from the album is ‘Movie’, a melodic ode to romance written by Tom and his long term collaborator Carmody, and featuring guest vocals at the start by Tom’s sister Polly Misch The track displays a different side to Tom’s music as his calming voice lulls the listener into a daydream, giving us a taster of what is to come with the release of ‘Geography’. Listen HERE. Pre-order the album right now HERE to instantly receive ‘Movie’. Also announced today is Tom’s most extensive European Tour to date which will go on general sale from Friday 10th November at 9am GMT. UK fans can get exclusive early-bird access to UK tickets from Wednesday 8th November if they pre-order the album via Tom’s website from today.

The idea for the track came to fruition with Tom wanting to base the song around old classic movies and the charm that came with them. The upcoming visual for ‘Movie’ is a culmination of old footage from Tom’s grandparents in Germany in the 40’s adding a personal narrative for Tom and his music. The artwork was created by Tom’s mother Carol who has consistently contributed to visuals for his previous releases. The silhouettes of Tom facing himself represent challenging himself to create a new landscape in his different moods and stages of creativity. Woven in with ideas of contour lines and illusion we see one thing, then another, in the same way that music has its own multi layered language.

This release sees Tom exploring his songwriting and his own vocals, singing on most of the tracks plus exciting features still to be announced, we get our first preview with the tender vocals featured on ‘Movie’. ‘Geography’ is an exploration of a musical landscape, named after a passion of Tom’s which was never pursued, it dances between genres including Disco, Soul, Hip-Hop and Jazz, a true testament to Tom’s diverse sound and genre fluidity. Having self-released all music to-date (Beat Tape 1, Beat Tape 2, Reverie EP and 5 Day Mischon), multi-instrumentalist Tom Misch has built an auspicious online fan base which includes 183,000 on Soundcloud, 103,000 across Facebook, 73,000 via Instagram, 33,000 on Twitter and a staggering 120 million streams across Spotify and Apple. As well as radio support from Zane Lowe, Elton John, Annie Mac, Mistajam, Trevor Nelson, Jamz Supernova and more. He has also had a range of sold out shows from headlining Somerset House to most recently delivering performances at Printworks and Ronnie Scott’s, with tickets going in record time.

South London is bursting with creativity, new artists are refusing the conventional music industry model - they're collaborating and releasing freely, driven by the power of the internet. Tom is part of a truly exciting scene which also includes rising stars such as, Loyle Carner, Jordan Rakei, Cosmo Pyke, Laura Misch & Poppy Ajudha. Tom's music has been championed by an eclectic array of supporters - from one of YouTube’s biggest dance music channels, Majestic Casual, to the likes of Annie Mac, Zane Lowe, Huw Stephens, Clara Amfo and Jaden Smith. Plus, there’s the fact that Tom has earned the reputation as one of the best UK producers following remixes and reworks for the likes of Lianne La Havas, Mos Def and Busta Rhymes.