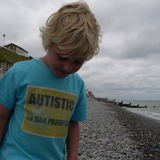 Bedford Borough Council has decided to close down our only local residential respite centre in a so-called cost cutting exercise. The centre gives parents and carers a break from the 24 hour needs of their disabled children a few times every month. Just to give you some idea of what this means to the average person I’ve enclosed a short case study below.

The morality of a council making its first cuts to those without the ability to properly resist them I leave you to ponder. We don’t use the service – our son is too young, and anyway his behaviour has changed immeasurably over the last few years. But anyone who knows us will remember how bad it was, and the five years of shattered nights we endured.

There are families who I have talked to who are into their 14th year of much, much worse. Many of the epileptic kids have to be watched or monitored throughout the night in case they go into seizure while they sleep and stop breathing. Some of the kids are now physically strong but with very low mental ages.

One mother was recently put into hospital by her son.

The council wants to take away the overnight care service to save £500,000 a year. But it is likely to cost them much more than that when these exhausted families and carers (some single mothers whose relationships failed due to the pressure) crumble under the stress and have to put their children into care. The council has not even begun to put alternative arrangements in place.

I personally think this is immoral. It’s not the kind of society I want to live in, and I think it should be resisted.

My friend John and I have recorded a song and created a basic video using footage of Zack to help get the message across. Contact details for the petition are at the end of the video, which you can watch here:

If this is something you think you or your friends could support, then we’d be very grateful.

All our love and thanks

Case Study:
“I am a mother to 3 teenage children. My son Kieran, 14, has the mental age of a 4-year-old and has very complex needs. Currently he has to take 18 tablets, plus 36mls of liquid medicine a day to control a range of problems including: various forms of uncontrolled Epilepsy, Autistic tendencies, Attention Deficit Hyperactivity Disorder, and severe Learning Disability.

Kieran’s disabilities, and in particular his Epilepsy, require him to have 24 hour supervision. Kieran cannot be left unattended, and needs help with all aspects of his personal care – including toileting. His Epilepsy puts him in danger of drowning during bath times, and, when going to sleep, he is at risk of suffering nocturnal seizures.

Very much like a toddler within a man’s body, Kieran’s relationship with the world is very limited, and he has no understanding of danger or the consequences of his actions. Occasionally he can become aggressive, putting both himself and others in jeopardy.

One of his main pleasures in life is his 3 nights a month at Foxgloves, where he is able to socialise in familiar surroundings with familiar faces in a safe, loving and professional environment. Here the staff can watch him constantly as they do not have the distraction of a family home to run and siblings to accommodate. Though it pains me to say it, the equipment and staff experience there mean that Kieran is safer at Foxgloves than he is at home.

We have worked with innumerable care agencies in the past and found them all to be at best only sporadically effective, and, at worst, dangerous. Though I love my son very much and with all my heart, I do not see how I would survive without Foxgloves. It is a lifeline for my family and allows us to live something approaching an ordinary life for those few days.