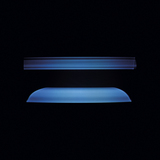 'Just Let Go’ featuring Natasha Khan (Bat For Lashes) is taken from the 'The Appearance of Colour' out June 8th on Real World.

'...a sparse, piano- and string-driven song that’s not so out of place in this everlasting winter the Northeast’s been fending off this year' – SPIN

'AutoTuned vocals against a mystically creeping orchestral slow build and, eventually, a deconstructed trip-hop thump. It’s a
marvellous piece of music, so listen to it.' – Stereogum

Composer, producer, classical violist, guitarist, and arranger to A-list pop stars, John Metcalfe has always been a name worth seeking out. The Appearance of Colour presents Metcalfe as a recording artist -- as front man, maestro and manipulator of sounds. Moreover it's a 'proper' album, carefully crafted as a listening experience with a beginning, middle and end, in which no two tracks sound or feel the same.

To make the album, Metcalfe enlisted the support of a small 'repertory company' of trusted collaborators, including drummer Andy Gangadeen (The Bays, Chase and Status), bassist Ali Friend (Red Snapper), pianist Tom Cawley (Curios, Peter Gabriel) and singer Natasha Khan (Bat for Lashes). Metcalfe then meticulously assembled his arsenal of electronics, strings, guitars and layered vocals in his Oxford garage studio. The Appearance of Colour may share some of the programmed perfection typical of contemporary electronica, yet there's a 'played' feel that animates the tracks -- the sense of musicians giving everything they have in the first take.