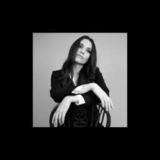 London-based psychedelic stalwarts, Josefin Öhrn + The Liberation continue to delve into the deeper waters of experimentation, with their new LP ‘Sacred Dreams. It is both a musical amalgamation of reverb drenched space-rock and retro centric electronics, as well as an emotionally cathartic release for the band, marking a new direction and fresh approach.

Josefin and her writing partner Fredrik have relocation from Stockholm to London and have created a new Liberation around them. Their new band consists of a powerful and intuitive assemblage of musicians: Maki (Go Team), Patrick C Smith (Eskimo Chain), Matt Loft (Lola Colt) and Ben Ellis, who has worked with Iggy Pop, Anna Calvi and Swervedriver.