Back to Dizraeli's Music <
Single 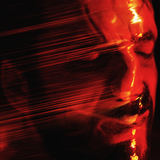 CLEAN RADIO EDIT INCLUDED “Ketamine Honey” is the latest single from Dizraeli’s startlingly original ‘The Unmaster’ album, and it launches on 10th March alongside a brand new and heavy-hitting remix from Danalogue (Comet Is Coming, Soccer96). The single comes in the wake of major media support for the powerful and poignant album, which dropped in late 2019 and was hailed number four Album of the Year in Gilles Peterson’s Worldwide Awards. With momentum around the project continuing to build, early 2020 finds the London based, Bristol-born rapper, poet and producer gearing up for a widespread UK album tour in April with his incendiary live band (as well as a live BBC 6Music session for Tom Robinson on 28th March). This new single release also kicks off a series of killer remixes to be released throughout the year. The catchy, sinuous and lyrically dexterous “Ketamine Honey” takes its spot in the limelight here, alongside the Danalogue Remix, which sees the in-demand producer (whose other projects include the Mercury-nominated Comet Is Coming, and Moshi Moshi signed Soccer96) adding to his impressive catalogue of reworks with a warm and psychedelic, Detroit techno-infused spin on the original. “I loved the aggression of it and the drive, the swagger, and also the subject matter of the lyrics. I could hear potential in a lot of the sounds there as there are some interesting production moves in there too”, says Danalogue, of “Ketamine Honey”. He continues: “I recently acquired an old Roland TR-808 drum machine, and wanted to fire it up on this tune. The way I work is always fairly chaotic, I like to leave the maximum amount of potential for serendipities, and use some beloved outboard fx units, so there’s a fair bit of experimental tinkering going on”. >>> Dizraeli – AKA Rowan Sawday – says: “Dan & I have been crossing paths in music for a long time, and I love the warmth and human wildness he brings to music making. He has a relentless source of bubbling invention in him and the bonkers noises he gets his synths to make seemed like they'd love to get involved with a song as mad as Ketamine Honey. It's a song about insomnia and being beset by the strange creatures of the mind, and Dan's synths are definitely strange creatures. “Dan also played synths on several tracks on The Unmaster (although not this one), usually in pretty subtle, supporting ways, and I really wanted to give him the opportunity to go all out and properly let the beasts out on a track… I love how detailed Dan's work on it is. It's also a banger and I like dancing to it.” A turning point and musical milestone for Dizraeli, his latest album was recorded and completed over a period of two years, during which he experienced a mental meltdown. Partly inspired by the Zen Buddhist idea of ‘Beginner’s Mind’, ‘The Unmaster’ is also a reference to Dizraeli’s own journey through masculinity. The album speaks of madness and collapse, struggle and redemption with searing honesty, surreal humour and a soundtrack unlike anything else around. A dark, fierce hybrid of hip-hop, grime & West African percussion, it is music to make sense of an insane world. Dizraeli mixed the album with MPG Awards’ ‘Breakthrough Producer Of The Year’ Dilip Harris – who has worked with artists including King Krule, Mount Kimbie and Sia. Dizraeli built many of the instruments on the record himself, while Young Fathers and Sampha collaborator Fabrice Bourgelle’s striking pictures package the album and its singles. Having composed the soundtrack for the E4 drama ‘Tripped’ and won the BBC Poetry Slam Championship, Dizraeli is also known for previous work with the likes of Kate Tempest and Scroobius Pip, as well as his own much-loved and acclaimed previous project, Dizraeli and the Small Gods. His music has seen support from the likes of The Skinny, Evening Standard, Songlines and Pop Matters, with plays across all BBC Radio stations. He is also a rising radio presenter, hosting his own monthly show on Soho Radio, and recently travelling to Mongolia to present a BBC World Service documentary on the hip-hop pioneers of Ulaanbaatar. This single package includes a clean radio edit of the original, which can be referred to as “K Honey”.