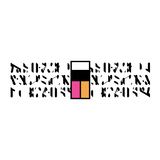 “OK_Yes” is the latest single to be lifted from ‘Bright Serpent’, the acclaimed second album by electronic producer Inwards AKA Kristian Shelley. The original is joined on this single package by a brand new remix from Colossal Squid.

One of the most luminous and immediate tracks on the album, this is the latest in a flurry of singles to drop in recent months showcasing the playful, ambient and sonically rich direction of the album, and gaining widespread radio support. Champions include Steve Lamacq, Gideon Coe, Tom Ravenscroft and Radcliffe & Maconie on BBC 6Music, to add to spins on BBC Radio 1 from Huw Stephens and Phil Taggart; John Kennedy on Radio X; and across Worldwide FM, Amazing Radio and more.

An introspective collection of psychedelic modular synth led experimentations, on ‘Bright Serpent’ electronic textures and rhythms rub up against manipulated recordings of real instruments, voices and field recordings to fashion transportive snapshots of an inner sound-world.

The recording of “OK_Yes” saw Shelley breaking new ground by recording the atmospheric yet earthy sound of an electric organ, its gently propulsive flow and harmonious tones underpinning his trademark playful beats and hooks ahead of a winding, dubby outro.

On the remix, Colossal Squid (AKA Adam Betts, a long-time member of the extended Small Pond family who is revered for his groundbreaking work as a drummer and producer, both as a member of Three Trapped Tigers and under his own projects), delivers a version that comes over like a gem from a much-played rave tape dusted off from a shoebox in the loft.

"Inwards’ music carries such a sense of warmth and a feeling of nostalgia within it, it sent me down a road of music I'm nostalgic for, stuff like old rave and hardcore. So I made a few instruments from his samples that felt like piano stabs from an old banger, and had fun with those", says Betts, who has found himself collaborating, jamming and experimenting with Shelley in the studio from time to time in recent years.

The ‘Bright Serpent’ album has continued to build throughout 2020 with regular radio and press support. The record follows Inwards’ 2019 EP ‘'Feelings of Unreality’, and 2018 debut album ‘Diesel’. Both releases gained widespread airplay on daytime and specialist radio with distinct support from Tom Ravenscroft, Huw Stephens, Steve Lamacq, Gideon Coe, John Kennedy and BBC Introducing – and features including a Guest Mix for Tom Ravenscroft, a live session for BBC Introducing and a BBC 6Music Recommends Track of the Week.

The new album was mostly written and recorded at Kristian’s secluded log cabin in Worcestershire, which he built himself. The cabin is fitted with an array of creative musical and studio equipment, primarily composed of a personalized modular synth system, where he’s free to make music any time of day, without interruption. Explaining the method behind creating ‘Bright Serpent’, Kristian says:

“I like the textures of real instruments and voices. I used my voice as an instrument on this record more this time, which is something new for me. There are also sounds I recorded years back of different atmospheres, conversations of friends, sounds from a building site. Anything that I could manipulate to add atmosphere.”

These distant recordings may go some way to fit a feeling of nostalgia contained within Kristian’s music. Having studied music production in Brighton he more recently returned home to his roots in Worcestershire. This journey back home and the feeling evoked in the album is tangible. He goes on to recount a message after the release of ‘Diesel’: “I had a message from someone telling me that the music gave them a real strong sense of déjà vu, that it transported them back to a time when they were a child and they remembered some interesting memories that they never knew they had.”

A lot of the songs on ‘Bright Serpent’ were born out of pure experimentation; sometimes a song came together in a matter of hours, sometimes much later with the initial intention or inspiration shifting to a new subject. Kristian explains how the process of making music, and also stepping away from it, is like therapy to him.

“I like to communicate without using language as I feel there are some things that can’t be put into words. Doing things outside music is really important too. My mind is all over the place most of the time and meditation has been a big help to tame it. I recently started skateboarding again, swimming and I've started experimenting in the last year with making visual art for my live performances.”