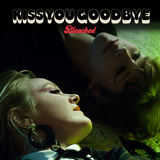 Bleached - the Los Angeles-based duo of sisters Jessie and Jennifer Clavin - share a new single and video, Kiss You Goodbye, from their forthcoming album, Don’t You Think You’ve Had Enough?, due 12th July via Dead Oceans. Following the “bold and cowbell-dotted” (Vulture) Hard to Kill and Shitty Ballet, Kiss You Goodbye is an empowering and rambunctious bid farewell: “Kiss you goodbye // for the last time // return to sender // feeling so alive // some things are meant to die.” Sister duo Giraffe Studios maintain the vibrant, cohesive aesthetic of Don't You Think You've Had Enough? for the accompanying video, with it earning early support from Consequence of Sound, DIY, Paste, Stereogum and Under the Radar amongst others.

As described by Juliana Giraffe: "We all saw ‘Kiss you Goodbye’ as an opportunity to pay homage to our roots in the valley. Not only are we all sibling sisters coming together, but also all San Fernando valley girls at heart. What better way to celebrate that than a quick shout out to backyard bbqs, body builders and a little boogie nights on a Sunday in beautiful Woodland Hills."

Don’t You Think You’ve Had Enough? is Jessie and Jennifer Clavin’s first LP written from a place of sobriety. That clear-eyed perspective serves as the guiding force in every corner of its sound, yielding a courageous, honest, and sonically ambitious album.

Bleached returned to their dynamic as sisters - Jessie handled the bulk of the instrumentation and Jennifer handled the lyrics and melodies. Sometimes, Jessie would go into the practice space first to lay down guitars and instrumentals with Jennifer going in the next day to find a new file waiting for her, opening it, and writing her lyrics and melodies. Producer Shane Stoneback (Vampire Weekend, Sleigh Bells) helped open every door to experimentation, wanting to be exploratory while keeping the sound singularly Bleached. The album glimmers with inspiration found in touring with the likes of The Damned and Paramore whose arena-ready, incisively catchy pop was a palpable influence helping to push Bleached’s sound in a new realm.