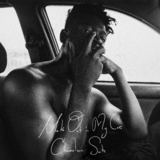 Moses Sumney releases brand new single Lonely World via Jagjaguwar. Moses Sumney is an LA based singer, songwriter and multi-instrumentalist. Lonely World is the next single to be taken from new album Aromanticism and follows from previous single Quarrel, which won support from 6Music, Radio 1, 1Xtra, Radio 2, Virgin Radio, Billboard, Clash, The Fader, NPR, Pitchfork, Spin, Stereogum and Under The Radar.