TUNE Slowdive - Sugar For The Pill 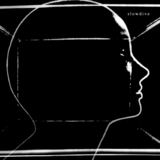