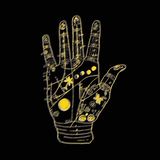 Experimental, psychedelic pop band Spill Gold formed in the Netherlands in 2017, releasing their debut self titled EP at the end of that year. Born from members of Dutch dream-pop ensemble Bird On The Wire, they have gone on to tour around the world, sharing stages with the likes of Exploded View, Beak> and St.Vincent.

The Amsterdam based duo conjures up vivid, spiraling stories with their eerie, persistent songs; from the frenetic steel drum solo on ‘Mercury’, the relentless, post-punk urgency of instrumental ‘Sevens March’ to the snake-charming synths and haunting, Warpaint-esque vocals on ‘Sirens’, Spill Gold urge you to lose yourself in dreams and pour out the best you’ve got, streaming and unrestrained. Let it out and get drenched bathing in it.
The self titled EP has just been re-released on Portland based Beacon Sound (Colleen, Peter Broderick, Terry Riley) on deluxe cassette format on October 13 for Cassette Store Day, with the addition of 5 brand new remixes from Virginia Wing, Olivier Fairfield of H.de Heutz / U.S Girls, Stijn Hosman of Dutch electronic duo Polynation, Jaclyn Blumas of Doomsquad and Omari Jazz.

Spill Gold is the project of Nina de Jong & Rosa Ronsdorf. For each new project, the duo works with changing band members. The EP was made with synth-pop singer Jessica Tucker, whom they have toured with for the past year. New sounds and performances are being made with multi instrumentalist Jochem van Tol.